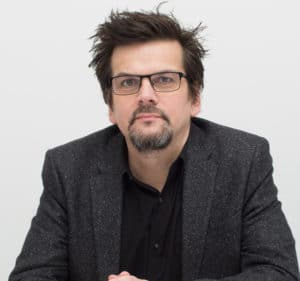 The Law Society recently warned unmarried couples that they need to update their wills if they want to ensure that their partner isn’t left disadvantaged after their death.

If two people aren’t married and either partner dies without leaving a will, then the person left behind may not automatically be the beneficiary of the estate and could receive nothing. The estate and the assets could go to the deceased’s children – and possible estranged ex-husbands and wives, or worst case – the government in the absence of any close relatives.

The Law Society is the independent professional body which works globally to support and represent its members, promoting professional standards and the rule of law.

A legal journal recently reported [2] on the case of a bereaved woman, whose long-term partner hadn’t updated his will before he died. As a result, his share of the couple’s £320,000 house went to his ex-wife.

However, the woman, Joy Williams, took the case to court. The judge ruled in her favour, but she said the case had taken a huge toll on her and her family. An up-to-date will would have removed a lot of stress and heartache, at the time of her bereavement.

Ms Williams wanted the remaining share of the property so that she would have some financial security as she had had no means of support since her partner, a dentist, had died in 2012.

Ms Williams said she was “relieved and delighted” that this case was finally over because it has taken a huge toll on me and my family. She had been with her partner for 18 years before he died and all that she had wanted was for the courts to recognise that she needed his share of the house to provide her with some security of the future. The judge’s decision meant that she could now stay in her home and her future was much more secure.

She added that what had been traumatic for her was that her serious relationship was not currently recognised by the law and she hoped that her situation would raise awareness among other people to consider their own financial situation in relation to their partner.

The deceased’s ex-wife had argued that she and her husband had had a complicated relationship during the last 18 years of his life, but Mrs Martin was ordered to pay costs of £100,000 within 42 days.

Jonathan Smithers, the President of the Law Society, said: “This case is an important reminder for unmarried couples to make sure they have a valid and up-to-date will, and to seek expert legal advice regarding any co-owned property, if they intend their current partner to inherit upon their death.

“Making a will is extremely important. Solicitors have the necessary qualifications and training to address the often complex issues associated with drafting a will and can help ensure that your estate is left to those who you wish to inherit after your death.”

If you need help locating missing wills, Finders International [3] provides this service. Please contact us to find out more.