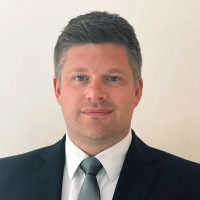 Grant Thornton has recently been ordered to pay £13.4 million in damages to the Manchester Building Society after seven Supreme Court justices found that the scope of Grant Thornton’s duty to its client should cover the losses suffered following its negligent advice.

The landmark decision overturned previous rulings made on the case in the High Court and the Court of Appeal and relates to advice given by Grant Thornton to the Manchester Building Society in 2006 confirming that it could prepare its annual accounts using hedge accounting.

Ben Rees, technical director, investment fraud and mis-selling, at group action and multi-claimant firm Keller Lenkner UK, said: “The decision in this case could have far reaching consequences for professional services advisors who fail to fully define the scope, and nature, of the retainer entered into with clients where their advice leads to significant financial losses.

“The case relied on the distinction between information provided and advice given. The final ruling found that Grant Thornton’s duty of care included providing advice upon which Manchester Building Society relied to build a business model offsetting long-term mortgages against interest rate swaps.

The UK’s sixth largest accountancy firm Grant Thornton identified the error in 2013 resulting in the Manchester Building Society closing the long-term swaps early at a loss of £32 million.

The significant damages award included a hefty reduction due to contributory neglect by the building society.

Rees continued: “This was a long-fought case concluding in the Supreme Court which ultimately over ruled the lower courts to define, and simplify, the full scope of the duty of care owed by professional services firms to clients.

“Professional advisors should review current practices to ensure clarity in relation to defining the difference between information and advice and agree from the start, and throughout their remit as advisor, the full scope of their duty of care.”

The group action and multi-claimant firm is currently representing the largest cohort of Uber drivers following the Supreme Court ruling in February recognising them as workers, and therefore entitled to minimum wages and holiday pay.