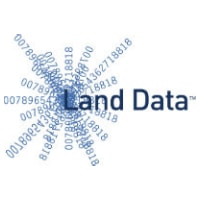 Since their launch in 2008, the annual Local Land Charges (LLC) Awards for Excellence remain the only national awards celebrating the achievements and successes of Local Authority Local Land Charges departments across England and Wales.

The Awards, which will be presented virtually as part of the Local Land Charges Training & Development event on 8 and 9 March, include five categories covering the Best Performing Local Land Change department, the Customer Satisfaction Award, the Local Authority Searches Team of the Year, and the Unsung Hero Award.


This year’s shortlist is made up of 37 local authority teams and 10 individuals who have all demonstrated excellence and willingness to adapt throughout the pandemic and in the busiest property market for well over a decade.

Fiona Barron, Chief Executive of Land Data, said: “We created the Local Land Charges Awards for Excellence 14 years ago to shine a light on excellence in the sector, and reward it. After all, local land charge teams are a vital link in the home buying process, providing information on which buyers depend and make important decisions about their future.

“The past two years have been extremely tough for local land charge teams, with many staff changes and external demands on the role. It is therefore essential to acknowledge achievement and excellence in the profession. The comments we received from conveyancing solicitors whose local authorities go the extra mile to deliver an excellent customer service has been fantastic.”


The shortlisted local authorities and individuals (listed alphabetically) are: