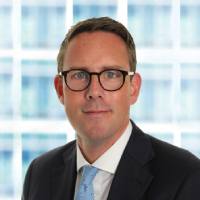 Representing nearly 10,000 claimants against the supermarket giant, the firm argues that female retail workers are entitled to backdated equal pay in line with the hourly rate given to their male distribution centre colleagues.

Andrew Nugent Smith, managing director at Keller Lenkner UK, said: “Tesco has been paying its distribution centre staff (who are predominantly male) up to £3 per hour more than their employees working on the shop floor (who are mostly women).

“We believe that customer facing work should be viewed as equal to the work undertaken behind the scenes and that the remuneration should therefore be the same, regardless of gender.

Its data breach and cybercrime team, led by Kingsley Hayes, is pursuing data breach actions against a number of national and global organisations including Equiniti, Equifax, Ticketmaster and EasyJet.

Keller Lenkner UK is a group action and multi-claimant firm with ongoing emissions claims against Vauxhall, Mercedes-Benz and the Volkswagen group.