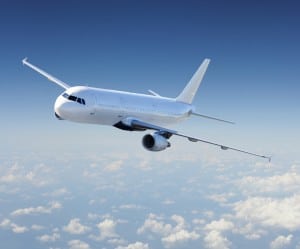 The new nationwide service will mean that customers whose flights have been cancelled, denied boarding or delayed by more than 3 hours, may be eligible to claim up to €600 compensation against the airline.

The law firm has developed a simple claims calculator on its website to determine the amounts that could be owed.

Expert advice and representation will be available on every aspect of flight claims, from lost deposits for hire cars to hotel charges and cancelled arrangements that have impacted on holidays.

The specialist team has extensive experience in the sector to achieve the best settlements quickly and provide an efficient service with a personable approach.

The likelihood of recovering flight compensation has improved due to the recent case of Van der Lans v KLM decided by the European Court of Justice (ECJ) last week. In this case, the passenger was delayed by 29 hours in 2009.

Dutch airline, KLM, rejected the claim for compensation, arguing that it should not be liable for a spontaneous technical issue emerging just before take off and that this falls into the category of an “extraordinary circumstance” – for which the airline would not have to pay compensation. The ECJ ruled against KLM in favour of the passenger and confirmed that a technical problem wasn’t an extraordinary circumstance.

Research by the consumer group, Which?, recently revealed that 9,000 flights are delayed for three hours or more each year by this type of fault.

Michael Jefferies, managing director at Jefferies Solicitors, comments, “We’re pleased to be extending our legal offering to cover flight claims, which is a growing sector due to changes in the law. The service will help those who have been inconvenienced due to a flight being delayed or cancelled and is a much more successful approach than sending a letter to the airline directly.

“Our specialist team offers complete transparency with no hidden fees, making sure clients are kept fully informed during the process.”