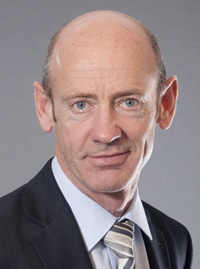 Mr Merrick will join from his current role as group finance director at airline and logistics group Dart Group PLC and becomes the third non-lawyer to be appointed to the board of IMCO Holdings Ltd, owner of Irwin Mitchell LLP and associated subsidiaries. Merrick will also sit on the Irwin Mitchell executive board.

The appointment, which is subject to the approval of the Solicitors Regulation Authority, comes after Irwin Mitchell became the first multiple-licensed ABS and is the latest stage in the law firm’s strategic growth plans.

Merrick’s departure from AIM-listed Dart, owners of the northern leisure airline Jet2 and logistics firm Fowler Welch, was confirmed to the city today and he will move to his new role in the legal sector in April 2013.

Irwin Mitchell group chief executive John Pickering said: “This is another very high quality appointment which again shows our ability to attract the best people from beyond the legal sector.

“We are now an ABS and have an established corporate structure in place. This senior appointment is reflective of the growth and development of Irwin Mitchell as a major law firm and we have well-defined plans to accelerate that growth further.

“Andrew brings with him significant experience in leading the finances of a corporate business and this will be a vital addition to an already strong senior management team.”

The news on Merrick follows the appointments of Glyn Barker, former vice-chair of PWC UK, as Irwin Mitchell’s chairman and Mel Egglenton, ex-KPMG, as a second non-executive director.

Prior to joining Dart as group finance director in 2007, Merrick also held senior positions with Bradford & Bingley and Thomas Cook.