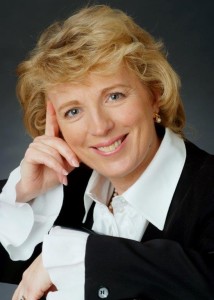 Hudgell Solicitors [2] has the expertise, passion and dedication to significantly expand its service to victims of medical negligence and personal injury in London and nationwide, according to the firm’s new senior figure.

New Head of Legal Practice Amanda Stevens will have a nationwide role, supporting existing offices in London, the North, and South West, but also with a strong focus on developing the firm’s presence in London, further enhancing its reputation as a national leader in handling high-value claims and representing those who have suffered serious, often life-changing injuries.

Ms Stevens, a former partner at Irwin Mitchell who has an established a reputation as an eminent practitioner in both clinical negligence and personal injury, joined Hudgell Solicitors last month.

Her appointment comes as the firm celebrates new industry short-listings for successful outcomes from its clear strategy as a rehabilitation-led injury practice, with an award winning customer charter that has seen client satisfaction levels soar, at the same time as acting for record numbers of new clients each year.

“I have been following the progress of Hudgell Solicitors with great interest for the past couple of years as I have admired Neil Hudgell’s innovative approach towards embracing law reform whilst enhancing client care,” said Mrs Stevens.

“I was therefore both surprised and delighted when Neil invited me to become Group Head of Legal Practice. This new role gives me the opportunity to play an important role in ensuring the business fulfils Neil’s vision, and that of his senior management team.

“Being part of  a boutique injury practice enables management to focus 100 per cent on the needs of injured people and to develop products totally suited to their situation, without being distracted by the demands of other parts of a legal  business all trying to operate under  the same umbrella organisation.”

Mrs Stevens, a former President of the Association of Personal Injury Lawyers (APIL), and one of their Rehab Champions, has spent much of the past year chairing a cross-industry working group tasked with overhauling the national Rehabilitation Code.

This voluntary protocol is adopted by the vast majority of lawyers and insurance claims handlers who want to ensure that rehabilitation is a primary consideration when progressing any litigation claim. The 2015 edition has just been published, to much industry acclaim. Mrs Stevens was also a founding Director of the UK Rehabilitation Council.

Mrs Stevens says the focus on providing industry-leading access to rehabilitation services for clients will form a major part of her new role.

It is something that she says is “embedded in her DNA”, having formerly worked as a hospital manager before commencing her legal career.

“In recent years Hudgell Solicitors has developed a reputation for placing rehabilitation at the heart of its work, and it will be a major focus for me to further strengthen that area of expertise and client service,” she said.

“I am already working to identify yet more opportunities to enhance the rehabilitation services we are able to access for clients, thereby further improving the aftercare support we can provide for clients, which is so important and should never be overlooked,”

Having recently purchased new premises in Fleet Street, Hudgell Solicitors is now perfectly placed to strengthen its status in central London, and to support the Greater London conurbation in which, given the size of population, Mrs Stevens says offers far too little customer choice for those seeking specialist expertise for handling complex, higher value claims.

“Many legal firms in London have pulled out of the personal injury and medical negligence sector as the law reforms made it more difficult.  That has resulted in loss of choice and a huge market for a customer focused firm to build around,” she added.

With a legal career spanning over 25 years behind her, in which she has specialised in claims involving complex injury and clinical negligence cases, Mrs Stevens will also oversee the mentoring and development of the firm’s rising stars for future years.

“The aim is to attract, retain, and develop the very best legal team in all areas of the country, and training people across the business in handling very complicated, high-value claims is something I am very enthusiastic about,” she said.

At the same time as taking up her appointment with Hudgell Solicitors, Mrs Stevens has been selected for the High Court bench as a Deputy Master in the Queen’s Bench Division.

She was the only solicitor to be appointed in the recent selection exercise and is in fact one of only two solicitors on the current Master’s corridor, such roles more usually being held by barristers.

She added: “I feel honoured to have been chosen for this role and am excited about all that lies ahead both in my judicial capacity and as Group Head of Legal Practice at Hudgell Solicitors, where I will strive to ensure the client journey continues to be the best it possibly can be.”