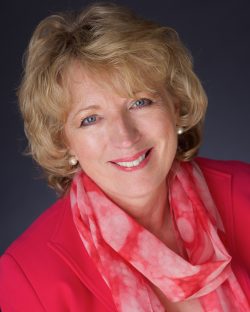 Chief Executive Amanda Stevens says she has been delighted to see Hudgell Solicitors deliver ‘a solid and improved financial performance’ over the past 12 months as it has emerged ‘stronger for the future following two years of transformation’.

The national law firm launched a three-year business strategy in 2017 when Mrs Stevens was appointed as Chief Executive.

At the time she and Managing Director Neil Hudgell said the aim was to ensure Hudgells proactively remodeled its business to ensure it was a ‘beneficiary and not a victim’ of the changing legal landscape impacting on personal injury and clinical negligence firms.

It saw a clear focus placed on developing new areas of work across offices in London, Leeds and its headquarters in Hull, an approach which Mrs Stevens says is now ‘bringing in cases of substantial value and national prominence’.

A further office, serving the North West from a base in Manchester, was also opened last year.

The firm’s Travel Litigation department, launched in August 2017 when specialist Paul McClorry was recruited, has expanded significantly from an almost standing start.

The department, which supports people who suffer serious injuries abroad, was described as ‘an up-and-coming entrant to the market’ in the recently released Legal 2020 guide, and now boasts a seven strong team, supporting hundreds of clients across England and Wales.

Mr McClorry also has industry-wide recognition, being appointed as Vice Chair of the International Practice Section for the American Association of Justice in 2018.

In addition, experienced lawyer Malcolm Johnson now heads up a new abuse claims team, leading group actions involving some 40 clients against a private school due to abuse suffered in the 1970s and 1980s, and some 70 clients who are making claims to the Lambeth Children’s Homes Redress Scheme.

The team has also started working on Windrush claims following the announcement of the Government’s new scheme for redress, led by Mr Johnson, who is widely recognised in the injury market as a legal author and as coordinator of APIL’s national Abuse Special Interest Group.

A rapidly-expanding Civil Liberties and Human Rights team has led many cases of national significance reported in the press.

Work has included representing families at the Grenfell Tower Inquiry and families of victims of the Manchester Arena terrorist attack.

Hudgells has also represented the family of former Welsh Cabinet Secretary Carl Sargeant, who was found dead days after his impending removal from Government was leaked to the media.

The firm was also instructed by the families of Birmingham woman Jacqueline Oakes, who was murdered by her former partner Marcus Musgrove, and Christine and Lucy Lee, of Surrey, who were shot dead by Christine’s former partner after the police wrongfully returned his shotguns to him.

The department continues to represent the families of victims of serial killer Stephen Port, having successfully applied to have original inquest verdicts quashed as they were held before Port’s killings were known.

The team also has an impressive list of inquests booked for representation over the coming year, having firmly established itself as a major player in this area.

Mrs Stevens says the firm’s diversification within the injury sector has not been achieved at the expense of the core areas of personal injury and clinical negligence, where the thrust has been on maximising local markets and securing higher value cases.

A quarter of its clinical negligence settlements have been valued at over £100,000, and Mrs Stevens says she is confident of further growth over the coming 12 months.

This has been reflected in the Legal 500 Guide’s assessment, in which it says Hudgells has ‘a highly experienced personal injury department’ which ‘puts the rehabilitation needs of clients first, while demonstrating an excellent anticipation of the other side’s strategy during litigation.’

“Two years into a three-year business strategy is an ideal time to take stock and assess the objectives and goals we initially set, consider what has been achieved, and what is still to be done,” Mrs Stevens said.

“I have no problem admitting it has been far from it plain sailing. There have been changes in the way we work, changes in personnel, and changes in processes. We knew it would be challenging, but it was a challenge we had to face.

“All members of staff have faced change in some way, and both myself and Neil have been appreciative of their support with that. We do feel now though that as a business, we are stronger for the future following two years of transformation.

“Decisions have been taken with a long-term view for the benefit of the business as we have faced increased competition from those trying to get into our lucrative work areas, with the final pre-LAPSO big success fees coming to an end and further restrictions on costs ahead in 2020”.

“However, we’ve seen income rise in the past financial year and our operating costs have been reduced.

“We now have three new major work areas which are firmly established in Travel, Abuse and Civil Liberties. These departments are now bringing in cases of significant value to the business.”

“We’ve changed much about the business, but our values will never change,” Mrs Stevens added.

“There is always a danger when you have worked in the same business and industry for so long that you don’t see the wood for the trees. We’ve worked hard to ensure that has not been the case.

“We will never lose focus on what made the business what it is today, and that is delivering the exceptional client care that has established our excellent reputation.”

“The new Legal 500 Guide says we ‘combine empathy and diligence with ruthless determination to secure the right outcome for their clients’. I find that pretty heartening as a statement of our purpose and outcomes.

“Again this year, our overall client satisfaction remains at over 93%, which is fantastic given the change we have been through.”