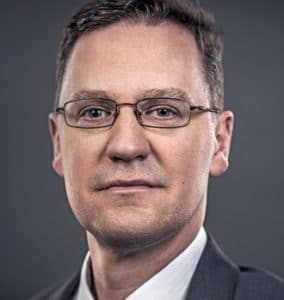 A track record of securing high-value settlements and providing vital rehabilitation for people who suffer life-changing and catastrophic injuries helped Hudgell Solicitors’ Matt Tuff be named Claims Professional of the Year at the 2016 Modern Claims Awards.

The national awards recognise the very best expertise across the legal claims sector, with the winners announced at a black tie dinner at the New Dock Hall in Leeds.

A judging panel, representing each aspect of the claims industry, were impressed with personal injury specialist Mr Tuff’s success in managing a large case book of serious, high-value cases, and delivering excellent results for his clients.

The award brought praise from Hudgell Solicitors’ managing director Neil Hudgell, who said Mr Tuff always made good the company promise of ‘seeing the person, and not just the claim’.

“We are very proud of Matt’s achievements and he is fully deserving of this award,” said Mr Hudgell.

“Victims in high-value and complex cases such as those Matt handles often require extensive periods of rehabilitation, alongside expert legal representation to ensure defendants – who often fight a hard battle to avoid paying the relevant amounts of compensation – are held to account and admit fault.

“It is only by having experience, expertise and knowledge that significant levels of compensation can often be secured, amounts which are essential to help the victim and their families adapt to massive changes in their lives, pay for their future care and  cover loss of earnings.

“Matt has proven he has a track record of winning these cases on behalf of clients. He has successfully conducted challenging cases in the face of unreasonable denials and obstructions from defendant insurers.

“He has shown an ability to advise clients appropriately and ensure they receive settlements which truly compensate them for their loss, rather than accepting offers, which in many cases, would be vast under-settlements.

“Most importantly, he has achieved these results with care and compassion, ensuring his clients are comfortable and happy to have him on their side.”

Cases handled by Mr Tuff over the past 12 months included securing damages of £1.4m, and ensuring a full programme of rehabilitation support was provided, for a client who suffered catastrophic brain injuries when a sports car he was a passenger in crashed at speed.

His client had been the main breadwinner and a calm, hands-on family man before he was involved in the accident. However, following the accident and as a result of his injuries, his personality changed completely as he was left with significant cognitive and behavioural problems, becoming irritable and impulsive and often had difficulty controlling his temper.

As the client was no longer able to manage his finances, a key part of Mr Tuff’s work came in arranging for a Deputy to be appointed to assist him in managing his money going forward, following consultation with him and his family.

Insurers acting on behalf of the driver initially only offered compensation of just £200,000, which Mr Tuff advised would be a significant under-settlement given the huge impact the injury had on the client’s life.

With the offer so low, Mr Tuff issued court proceedings on the claimant’s behalf, and two weeks before trial, the defendants finally agreed to offer £1.4 m.

Mr Tuff also successfully represented a professional film industry stuntman, who had been enjoying a successful career when he sustained a very severe fracture of his right ankle when performing a stunt, which was carried out at an increased speed and height without him being informed.

Hudgell Solicitors, which has its headquarters in Hull with offices also in Leeds and London, was also a finalist in the Law Firm of the Year and Client Care categories.