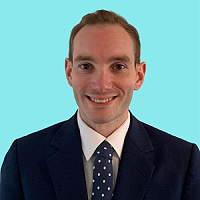 To mark the 20th annual Pro Bono Week, Hudgell Solicitors [1] has formally relaunched its own in-house scheme to offer free legal advice and representation to individuals most in need.

As part of the company’s ethos of ‘Righting Wrongs’, Hudgells has previously carried out pro bono work on an ad-hoc basis to individuals on numerous matters, including with inquest hearings, but is now committing to a formal policy and embedding a culture of pro bono support that will see a goal of all of its lawyers playing their part in supporting the programme each year.

The legal firm’s new policy ties in with the Joint Pro Bono Protocol for Legal Work, which sets out that pro bono work refers to legal services provided for free by lawyers “in the public interest to individuals, charities or groups who cannot afford to pay for that advice or representation and where public and alternative means of funding are not available”.

This means that under the formal scheme Hudgells can offer a wide variety of pro bono assistance, advice and support provided it is within a legal area in which it practices or has sufficient expertise. This provides flexibility so the support and assistance can be provided in a wide range of settings to maximise the benefit delivered.

Pro Bono Week [2] is run by an organising committee that includes representatives from pro bono charities, law schools and law firms, with contributions from across the sector including the Bar Council of England & Wales, CILEx and the Law Society of England & Wales.

The 20th annual Pro Bono Week is taking place from 1st to 5th November 2021. It will offer an opportunity to recognise and support the voluntary contribution made by the legal profession across the UK in giving free legal help to those in need. Hudgell Solicitors is proud to be supporting this initiative with the launch of a new Pro Bono scheme.

John Cuss [3], Corporate Services Solicitor at the firm who is also Vice Chair of the Law Society’s Civil Litigation Section Committee, helped Hudgells formulate the policy and believes it is more important than ever for law firms to provide a pro bono offering.

He said: “Hudgells has been undertaking pro bono work for many years and it has become part of the firm’s DNA.

“We want to assist those who don’t have the financial means to pay a lawyer on a normal fee-paying basis – helping those that are most in need.

“With all the large cuts in legal aid over the past decade or so, the provision of publicly funded legal advice and representation has really been scaled back so the availability of pro bono legal work is getting more important.

“Therefore, it can only be beneficial if law firms such as Hudgells give back to the communities in which we operate.

“As part of our new policy, we will provide pro bono legal work within our areas of specialism and expertise.

“We want to further embed a culture of pro bono support within Hudgells with a goal that all staff members will support the scheme in line with their expertise and role at the firm.”

Last month, Hudgell Solicitors signed up to the Law Society’s Pro Bono Charter [4] – a statement the Law Society invites law firms to sign to show that their practice is committed to improving access to justice.

By signing the Charter, Hudgells has “reinforced our commitment to delivering pro bono work and developing a programme” and that it endorses the Joint Pro Bono Protocol.

The firm has also set itself ambitious objectives as part of its community strategy and over the summer it launched its commitment to being ‘Locally Loyal’ [5].

This strategy, which included a commitment to partner with neighbouring businesses, charities and organisations, aims to ensure that, wherever possible, the firm invests back into the community in the locality of its two main operational hubs in Hull and Manchester – including offering “pro bono advice for individuals in need with limited means”.

Now recognised as one of the top 200 law firms in the country and hailed nationally for its work in overturning convictions relating to the Post Office Horizon scandal – with Executive Chairman Neil Hudgell recently receiving the accolade of Legal Personality of the Year at the Law Society Excellence Awards [6] – Hudgells is determined never to lose sight of its roots, and the benefits which come with being an active part of the communities in which it is based.

“This year we launched our ‘Locally Loyal’ campaign and as part of that we specifically spelt out our intention to develop our pro bono policy,” said Chief Executive Rachel Di Clemente.

“We want to support those people who are most in need of legal advice and representation and can’t afford it; this is a great way for us to be able to give back to the community and will help strengthen our ‘Locally Loyal’ campaign.”

As part of the policy, Hudgells has committed that “pro bono legal work should always be done to a high standard and in line with the Joint Protocol”, and that it has the appropriate insurance cover to undertake such work.

This includes ensuring that the availability of appropriate publicly funded legal advice or representation and opportunities for alternative funding should always be considered before the firm undertakes pro bono work.

The policy also outlines that the firm will give its pro bono work “the same priority, attention and care as would apply to paid work”.

Potential enquiries for Hudgell Solicitors’ assistance on a pro bono basis can be emailed to ProBono@hudgellsolicitors.co.uk [7]