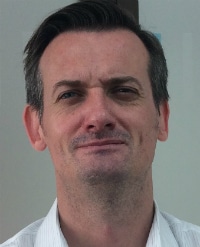 Andrew Arthur, one of two new appointments for Hudgell Solicitors

Hudgell Solicitors has today confirmed the further expansion of its Police Misconduct and Civil Liberties work having appointed two solicitors from London-based Fisher Meredith and also taken over their ongoing cases.

Andrew Arthur, who was a partner and the Head of Fisher Meredith’s Police Law and Civil Liberties department, and his colleague Ellie Cornish, who has worked on cases since July 2014, have joined Hudgell Solicitors’ rapidly growing department.

Mr Arthur is highly experienced in the specialised area of legal work, with his current caseload covering all areas of police and prison law, including County Court and High Court trials, and Judicial Reviews. He has extensive expertise in supporting victims of false imprisonment arising from wrongful arrest, malicious prosecution, miscarriages of justice, assault by police or prison officers and unlawful stop and searches.

He has also led many cases involving Human Rights Act and Data Protection Act issues, discrimination on grounds of race, gender or other characteristics, judicial reviews and police complaints.

Neil Hudgell, managing director of Hudgell Solicitors, says the deal is another indication of his firm becoming the choice for those seeking advice relating to police misconduct and breaches of human rights.

He said: “We are delighted to have added such high-level expertise and experience to our Police Misconduct and Civil Liberties team in London, where our standing and reputation in this area of claims work continues to grow at pace.

“We have made it a priority to identify and recruit solicitors who are recognised as being amongst the leaders in their field, and with experience of handling cases of significance.

“The new additions we have made to our team this year has further enhanced our position as being a go-to firm for those who feel their civil liberties and human rights may have been breached.

“Andrew and Ellie have been integral to the success of the Police Misconduct and Civil Liberties department at Fisher Meredith. The changing circumstances at their firm in recent times presented us with this opportunity to make two excellent additions to our team.

“We will continue to seek to identify similar opportunities to further grow our team and to add to our caseload and legal expertise.”

This has seen him develop a specialist are of work in claims against the Prison Service, brought under the Human Rights Act 1998 and has acted in a number of claims relating to disabled prisoners’ rights.

His notable police law cases include helping secure a client £25,200 damages in the High Court after a jury found that a police officer had fabricated his evidence leading to a wrongful conviction.

The Metropolitan Police Commissioner appealed the decision, but ultimately lost the appeal, with the Court of Appeal finding in his client’s favour. The case established and confirmed important legal principles for all malicious prosecution claims.

He also won another case in the Court of Appeal which highlighted the duty of the Crown Prosecution Service to act quickly upon receipt of new evidence that might exonerate those held in custody on remand.

His notable prison law cases include a case in which he succeeded in the High Court on behalf of his client, where it was found that the decision to handcuff him during medical treatment amounted to inhuman and degrading treatment.

More recently Mr Arthur secured £45,000 damages from the Metropolitan Police for an autistic man who was bitten by an out-of-control police dog which was not on lead and had been ‘trained to bite’. The victim had been talking to the dog handler when it suddenly attacked without warning.

Due to its strong civil liberties caseload, Fisher Meredith had been ranked for its Police Law and Civil Liberties and Human Rights work in the highly respected legal guides Chambers and Partners and Legal 500.

Mr Arthur said he was excited at the prospect of joining the Hudgell team and helping it further expand its work.

He said: “We have been very successful in our work in recent years and recognised across the industry for our expertise. We are bringing a strong caseload and a proven track record to Hudgell Solicitors.

“I am sure this move will be very positive for both Hudgell Solicitors and for myself and Ellie as we have very similar goals as to where we want to go, how we want to represent people and what we want to achieve.”

The deal follows Hudgell Solicitors’ rapid growth in this area of work over the past 18 months.

The firm now handles a significant number of active cases at any one time, including many of national significance, such as representing the families of the four victims of murderer Stephen Port as an Independent Police Complaints Commission (IPCC) investigation is staged.

Earlier this year it recruited civil liberties solicitor Cyrilia Davies Knight, who has experience of working on behalf of families who lost loved ones in the Hillsborough disaster, to its team in the capital.

Ms Davies Knight was part of a nine-strong team which acted for 77 families in the inquests into the deaths of the 96 Liverpool football fans, from which the jury’s conclusions included a finding of unlawful killing last year.

She also represented the family of Mark Duggan, who was killed when shot by a Metropolitan Police firearms officer in 2011.

Mr Arthur is a member of the Police Action Lawyers Group and the Association of Prison Lawyers and was shortlisted for “Human Rights Lawyer of the Year” award in the Law Society Excellence Awards 2016.