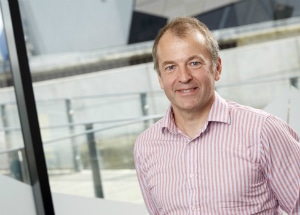 Hudgell Solicitors managing director Neil Hudgell has revealed that the firm has completed the acquisitions of multi-track clinical negligence casebooks from three firms in recent weeks following the recent relaunch of its ‘We Buy Any Files’ initiative.

The firm, which operates nationally from bases in Hull, London, Leeds and Manchester, has become known throughout the claims sector for its continued expansion in recent years as many others have excited the same work areas.

Its webuyanyfiles.com initiative, first launched in 2011 in the wake of increased restrictions on success fees and entitlements, offers a completely confidential process in which prospective sellers deal solely and directly with Mr Hudgell.

It has proved an attractive offer to many, with more than 40 deals completed and options for up-front cash payments or deferred payments available.

Hudgell Solicitors announced it was ‘open for business’ again earlier this year, saying it ‘sensed the beginning of another significant market exodus over the coming 12 to 24 months’ with yet further significant costs restrictions and reforms again on the horizon.

And Mr Hudgell says the recently completed deals have supported that belief, also demonstrating that there are ‘good deals to be done’ for both his firm and those looking to either leave the claims industry or focus on other areas of law.

“These recent case acquisitions have been relatively low in number of files involved but they have included significant multi-track clinical negligence claims which have been very good additions to our business,” said Mr Hudgell.

“They have come to us in varying circumstances, including a firm which has decided to bring an end to its work in clinical negligence, a practitioner with cases due to last another few years who wanted to retire, and from an individual changing career role within the legal sector.

“All three deals were relatively straight forward, were completed in two weeks and included payments being made up front.

“The sellers know they are handing their files to a firm with a track record of taking over cases and bringing them to successful conclusions, so there is peace of mind for all involved, most importantly of course being those we now represent.”

Having held a seminar in Manchester in May focussed on the changing legal landscape – and the webuyanyfiles.com offer – Hudgell Solicitors say they are planning future events in different locations, with a first planned in Hull in September.

“We initially focussed on the North West to relaunch our acquisition arm as we feel there is market there for us to grow, particularly given we opened a new office in Manchester last year,” added Mr Hudgell.

“However, these three deals have all been concluded in the south of England and the work has been taken on by our experienced team of solicitors in our Fleet Street office in London.

“Our message is clear, and this recent activity has demonstrated this. There are no deals too small for us to consider.

“If the cases are right, and there is a good fit between us as buyer and those looking to sell, a deal can be done.”