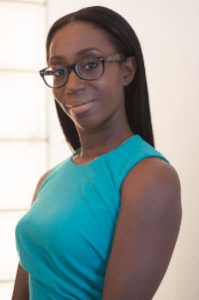 Hudgell Solicitors have recruited civil liberties solicitor Cyrilia Davies Knight to join the firm’s growing London team – which she says can become one of the leading of its kind in the capital.

Ms Davies Knight joins after nine years with Birnberg Peirce, where she has specialised in handling cases of breaches of human rights, civil actions against the police, inquests and judicial reviews.

She was part of a nine-strong team which acted for 77 families in the inquests into the deaths of the 96 Liverpool football fans as a result of the Hillsborough disaster, from which the jury’s conclusions included a finding of unlawful killing last year.

She has also represented the family of Mark Duggan, who was killed when shot by a Metropolitan Police firearms officer in 2011.

Her appointment at Hudgell Solicitors comes on the back of rapid growth in the specialised area of civil liberties work for the firm over the past 18 months, and is indicative of the firm’s commitment to the development of this area of law.

Ms Davies Knight says that she is excited by the opportunities now ahead for a firm which she says has been hailed as “one to watch” by several leading barristers.

“When the opportunity came to join Hudgell Solicitors’ civil liberties team I carried out my own research and spoke to a number of barristers who were aware of their work, and who had worked with them on cases, and they all had great things to say, “ she said.

“It was in doing my own due diligence that it became clear that this was a great opportunity for me to be a part of the growth of this progressive firm. Hudgells is among the leading national firms in terms of the high-value, good, solid clinical negligence work it is doing, and it has rightly won recognition for its civil liberties work.”

Hudgell Solicitors’ growth of civil liberties cases has been led by award-winning Hull-based lawyer Andrew Petherbridge over the past 18 months.

The growing department now handles a significant number of active cases at any one time, including many of national significance in terms of holding police forces to account for their actions and investigations. Ms Davies Knight is highly experienced in this challenging but extremely rewarding practice area.

“You have to be fearless in many ways and it can be a daily uphill struggle when you are dealing with cases against major police forces, the Home Office, the Ministry of Justice and handling matters which are also politically sensitive in their nature,” she said.

“A good civil liberties lawyer though is someone who can handle all of that and keep the client’s best interests at the heart of all they do. You need to be a good listener and you must have empathy. Many of the people we represent are very vulnerable and have been through some of the most difficult of times.”

Having met the senior management at Hudgell Solicitors, Ms Davies Knight says she has been looking forward to joining the firm.

“Everybody at Hudgell Solicitors seems really friendly and dedicated to excellent client care, which appealed to me immediately,” she added.

“I am sure my experience and in this area of work can bring major benefits to the firm, and it is an exciting opportunity for me to help mould and grow an area of work which is developing in London as I join.”

Managing director Neil Hudgell, who himself is actively involved in the firm’s civil liberties work and with Mr Petherbridge is representing the families of the four victims of murderer Stephen Port, said: “We have established a very successful civil liberties arm to the firm over the past two years, and it is an area of the business we feel we can further grow given the nature and seriousness of cases we are now handling, the expertise we already have within the business, and the further expertise we will be looking to add in the future.

“The appointment of Cyrilia is an indication of our ambition and intention to continue to grow this area of work and support the many people who find their human rights violated, and are victims of police misconduct and failings.”