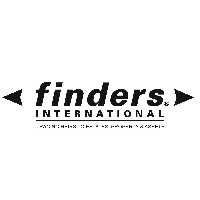 Finders International will feature once more on TV as one of the lead firm in the every-popular series, Heir Hunters which started 16th July.

Among the cases featured in the 12th series presented by Michael Buerk is that of Mansfield-based Jean Crow, a children’s book illustrator. Described by her friends as a welcoming and friendly lady who also wrote children’s books, the Finders team discovers the creative flare is prominent in the Crow family but they come up against many dead ends.

Miss Crow had no siblings and her estate was worth some £100,000. Many of the family names had been abbreviated, which added further challenge to the research. The programme airs on 16 July.

The case was referred to us by local authority when Ivy died. We discovered she’d lived on the same street all her life and had never married or had children. The pottery industry connection came through her mother’s side.

David Liddell’s case features on the programme on 19 July. David died in 2016, having spent most of his life in case. He had Scottish connections, so we divided the work of the case between researchers in Finders International’s London and Edinburgh offices. The team eventually found ten heirs—nine on the paternal side and one maternal.

The Scottish heirs of David Walker’s estate (airs 20 July) find a war hero among their relatives. An uncle of the deceased turns up in the records, a man who saved the lives of hundreds at sea during the First World War (Archibald Walker).

Thanks to the commonality of David’s family names (Macdonald and Walker), research proves tricky but ten heirs were found for David’s £100,000 estate in the end.

Danny Curran, founder and managing director of Finders International, said: “All the cases that feature in this series of Heir Hunters were fascinating to work on, and we look forward to seeing them on TV.

“While television can’t cover the extent of the work that goes into researching and investigating the rightful heirs to an estate, the programme gives a flavour of our work and professionalism. Cases are referred to us through councils, solicitor firms and individuals, and we work to provide them with results as quickly as possible, making sure we leave no stone unturned.”