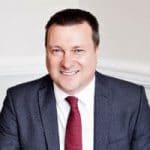 Data breach and cybersecurity specialist Hayes Connor Solicitors has reported an eight-fold increase in claims in the past 12 months.

The North West based firm has seen a surge in both mass data breaches and individual cases following data protection violations in the public and private sectors.

Kingsley Hayes, managing director at data breach and cybersecurity specialist Hayes Connor Solicitors, said: “Since GDPR came into effect, there have been a number of high profile data breaches involving the private details of thousands of UK consumers. Hayes Connor has experienced significant growth in this period which has been driven both by greater accountability following GDPR and heightened consumer awareness.

“We have continued to invest in our people, our systems and our marketing to deliver an exceptional service to clients who have suffered potential, or actual, financial losses and who may also have experienced mental health issues as a result.

“The cost to businesses who fail in their data protection obligations is rising. We estimate that the cost of compensation for damages will be upwards of £20 million following mass data breach incidents such as Ticketmaster, British Airways and Marriott International.

“This is in addition to the hefty fines now being issued by the ICO. Insurance underwriting in relation to cyber insurance is likely to be tightened in the coming months, particularly as reports show that the vast majority of businesses are still failing to implement robust measures to prevent incidents from taking place.

“Businesses need to urgently review their cybersecurity to avoid facing increasing, and potentially uninsured or uninsurable risks around claims costs.”

Hayes Connor Solicitors issued a claim for damages of up to £5 million against ticketing giant Ticketmaster in the High Court in April and is also acting against Equifax, Marriott International, TeamSport, Dixons Carphone and the Police Federation of England and Wales.