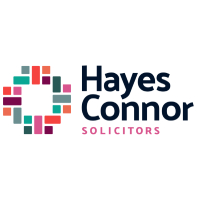 Specialist law firm Hayes Connor has boosted the level of support available to its clients with the launch of a new reputation and defamation service, after it saw an increase in the number of data breach cases involving such issues.

The Warrington-based firm was among the first in the UK to specialise in data protection law and it is home to one of the largest teams of data breach experts in the country.

Through its work on hundreds of cases, it has discovered how a data breach is often about more than just data – as the individuals affected can also face issues that impact on their status and reputation.

More specifically, it has seen a rise in the number of cases where individuals have faced issues with employers and other organisations after sensitive information has been leaked into the public domain. In these situations, individuals have been left with concerns about how their career prospects and reputation may have been affected by something out of their control.

With that in mind, Hayes Connor is now offering reputation and defamation support, helping clients secure justice when their hard work has been undone by the actions of others.

Richard Forrest at Hayes Connor, said: “It has always been clear in our work that data breaches are about more than just the release of sensitive information.

“People can face significant stress and anxiety as a result of such issues, while they can also have an impact on a person’s career and earning potential. Everything that they have built up through the years can be gone in an instant.

“This is why we have launched a specialist service to support individuals affected by such problems. Our aim is simple – to ensure people can get the support and justice they deserve.”

Discussing the scenarios that have emerged, Richard added: “We have seen issues across a variety of sectors, including in professional services, public services and IT. There have also been instances when an employer has either intentionally or accidentally ‘named and shamed’ an individual during investigations.

“The impact of such issues should never be downplayed and we are ready to support clients every step of the way. Making the decision to launch a claim can sometimes be daunting, but our team is here to help.”