Fraud in the workplace: how can you tackle this? 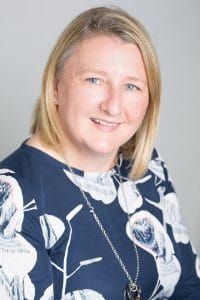 Fraud in the workplace is on the rise across all industries, with organisations such as the ACFE, SRA and PwC highlighting its increased threat worldwide. According to the Office for National Statistics, fraud accounted for 3.4 million or 31% of the 11 million crimes reported in the UK year ending March 2017, making it a widespread issue which will only escalate if not tackled effectively. Fraud can be a challenging problem to handle if it arises from an external source but it can be especially difficult if the threat is stemming from your own employees. However, there are certain procedures that you can put in place to help tackle fraud in your workplace and prevent these acts from occurring. Jody Tranter, head of Kaplan Altior discusses the issue of fraud as a whole and how your organisation can put robust measures in place to deal with any concerns.

High risk organisations like banks and multi-million pound corporations are serious targets for fraudulent activity. However, smaller businesses, professional services companies and also individuals can be targeted. It was recently reported that UK Bank customers lost £500 million alone to scams in the first half of 2018 and figures like this are a risk that businesses should be looking to mitigate. Your team members need to be able to identify any fraudulent risks including phishing emails, CEO fraud or identity theft. Cyber crime in particular is an increasing risk, according to the SRA. There were 157 reports of this in legal firms in 2017, increasing by 52% from the previous year. However, external fraud can come in many forms and is becoming increasingly intelligent, which is why it can be such a worry for many organisations.

On the other hand, companies are also at increased risk of internal fraud. In 2016, employee fraud cost UK businesses £40 million, with more than 800 incidents of fraud reported from inside an organisation. Although some of this activity may have stemmed from more senior members of staff in the position to abuse the trust of the business, some of this activity may also stem from a more innocent but equally damaging factor- lack of employee awareness. In 2018, it was reported that business scams involving email data had risen by 58% in the last year, with IT workers, legal firms, HR and finance professionals the most at risk of falling victim. The average loss from this compromising activity reached £27,000 but almost a third of SME employees are unable to identify fraudulent emails like these, highlighting that there is a key need for education in this area.

Interestingly, identifying fraud can vary across different industries and even different organisations. For example, the Telegraph recently reported that in finance, AI is now being used to help detect fraud in real-time. Yet, we must not forget the people at the heart of the business who may be able to identify any irregularities in every day figures or processes. Almost half (47%) of insider frauds in 2016 were uncovered by internal controls and company auditing, and an additional 17% were identified by line managers or whistleblowing. Ultimately, this raises the question of roles and responsibilities and where the responsibility lies in ensuring that everyone in the organisation remains compliant. This is where a Certified Fraud Examiner (CFE) qualification can prove essential. A lot of employee fraud can go unnoticed but a qualified CFE officer can help to identify, investigate and prevent fraud from occurring in your organisation. However, to be truly effective, once this individual has become qualified and gained the necessary knowledge, this needs to be communicated with the rest of the team and monitored to ensure a company-wide approach to fraud.

In order for fraudulent issues to be identified and addressed, employers must have full knowledge of the potential risks. Some employers may not be fully aware of fraud activity within their organisation as a quarter of impersonation fraud victims were reportedly too ashamed to tell their employer when they had fallen victim and hid their mistakes. An open dialogue needs to be nurtured within organisations and internal structures need to be in place to help combat risk.  A CFE officer would be crucial in opening up this dialogue and helping firms to develop a fraud-aware culture among their team.