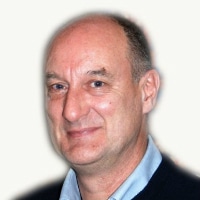 When licensed probate practitioner and conveyancer, Francis Parffrey, set up his own practice operating from his home office in Devon three years ago, he recognised exactly which supplier to choose for cashiering support and accounting software.

Having made the introduction to Quill in his previous firm, Francis knew that Quill’s were the only solutions to meet his requirements.

Francis, sole practitioner at Francis Parffrey Legal Services, explains: “When I branched out alone, my prior experience with Quill from my old practice was hugely beneficial. With a small client base and finite funds, I couldn’t afford an in-house cashier. I needed a system which was fully compliant with my regulator the Council for Licensed Conveyancers. So Quill it was!”

The nature of a sole practice is such that they face specific challenges with one person effectively running the entire business. As it’s estimated that sole practitioner firms currently represent one-third of all law firms in the UK, the problems encountered by Francis are repeated the length and breadth of the country by hundreds of licensed conveyancers, probate practitioners and solicitors.

“I literally do everything,” continues Francis. “From being chief coffee maker to reporting officer, the responsibility rests upon me. Time is all I have. I can’t delegate. By freeing up my time for fee earning activity, I can work more profitably. That’s exactly what Quill allows me to do.

“The only onus on me is to input e-chits correctly at my end and my accounts are then managed precisely at Quill’s end. I’m saving around six to eight hours every week by outsourcing my cashiering function and using Quill’s software. As any sole practitioner can appreciate, these time savings are greatly welcomed.”

Another aspect of Quill’s Pinpoint service valued by Francis is the always-in policy.

“The reliability of cashiers is an age-old concern for legal service providers,” adds Francis. “I have a named cashier but, if they’re absent from work, as everyone is from time to time for holidays if nothing else, there’s a deputy and supervisor who’ll cover instead. I don’t have to worry about my cashier not turning up in the morning as other law firms do.”

Pinpoint and Interactive are provided by Quill side by side. Commenting specifically on Interactive and making his closing remarks, Francis says: “When you buy a car, ultimately you need something that’ll transport you from point A to point B. It’s just the same with software. Interactive caters for all areas of practice management including legal accounts. Without wanting to sound too much like the Ronseal adverts, it does everything it promises. Mainly, I’m entering my e-chits and running reports up to four times weekly, and at month and year end. Both of these tasks are easy and get ever easier as new features are added.

“The software, combined with my Pinpoint cashier, is an excellent product. As a matter of fact, I don’t know how I could trade profitably without it.”