A ‘powerful and poignant’ new documentary on the Post Office Horizon Scandal has been broadcast telling the full ‘shocking’ impact on the lives of former subpostmasters wrongfully convicted of crimes they didn’t commit.

‘Two Decades: A Fight for Justice’ was commissioned by Hudgell Solicitors and produced around a historic day at The Court of Appeal in April of this year, when 39 former subpostmasters saw long-standing convictions overturned.

Broadcast and available via Hudgell Solicitors’ You Tube Channel, it includes interviews with many subpostmasters prior to and after the landmark day in court in which convictions – many dating back more than a decade – were finally quashed.

In a series of interviews they recall their worries as branch accounts began to show unexplained shortfalls, how they received no help to resolve matters and how when questioned by auditors and investigators they were left in fear of being sent to jail, despite being innocent at all times.

Subpostmasters describe saying goodbye to their children before appearing in court, recall the words of judges as they sentenced them, and how they lost their reputations, relationships and in some cases their liberty. 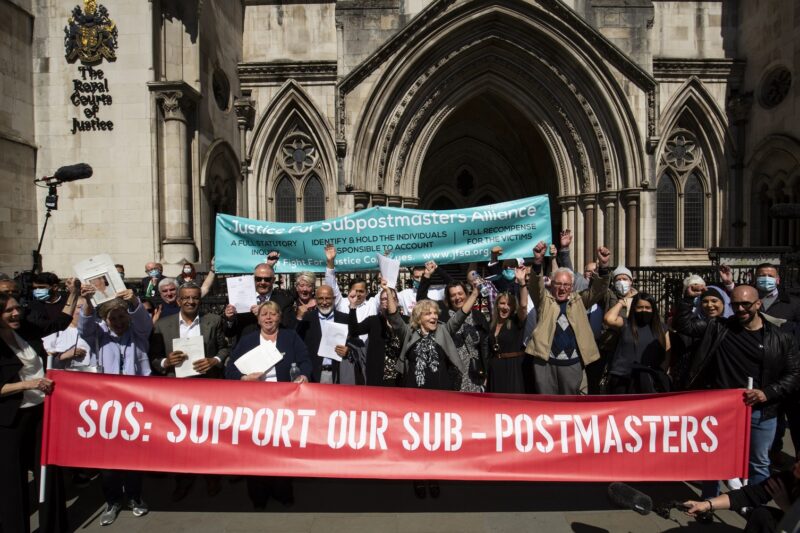 Produced by Hull-based eskimosoup and Storyboard Media, the film follows subpostmasters on their day in court to overturn their convictions, capturing the relief and euphoria of finally no longer being classed as criminals.

Solicitor Neil Hudgell, who has led 34 people to having their convictions overturned so far, said: “We commissioned this documentary as, having represented them over the past 18 months, we really came to appreciate what a huge scandal this has been and how it has impacted on the lives of a great bunch of ordinary, hard-working, decent honest people.

“It has been an honour to represent them as a group, but over the two decades that this scandal has been played out there has been very little media attention on the impact it has had on their lives, other than the obvious attention around The Court of Appeal hearing.

“What we wanted to do was provide our clients with a platform from which they were able to properly reflect and tell their full stories, not in the rush of a media interview, but in full context.

“It has allowed them to explain the impact on their lives and their families and the mental torment they suffered as a result. You feel so sorry for all that have been through this, thankful that something like this has never happened to you, and angry that it could ever happen to anyone.

“It is a powerful and poignant, and something which leaves you in no doubt that this was a shocking scandal, the like of which has not been seen before in UK legal history.”

Karen Wilson, whose husband Julian was prosecuted and died of cancer in 2016, is also interviewed outside court on the day his conviction was quashed, alongside daughter Emma.

Iain Thompson, filmmaker at Hull-based Storyboard Media, said: “A lot has been said about the Post Office scandal though at the heart of this are people and the devastating impact that false accusations and injustice has had on their lives.

“The production team and I have been humbled by the subpostmasters who have been courageous throughout and placed their trust in us to help tell their story.”

Amongst those who have supported the subpostmasters to securing justice and are part of the documentary include Mr Hudgell, Tim Moloney QC of Doughty Street Chambers, Karl Tuner MP and Journalist Karl Flinders of Computer Weekly.

‘Two Decades: A Fight for Justice’ can be viewed here