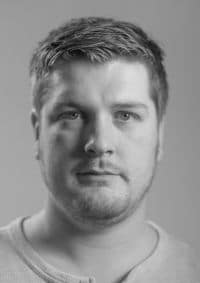 Dez Derry, CEO: Simon is the perfect choice for this role

mmadigital, the online marketing agency for the legal sector, has promoted Simon Gamble to be its first MD, as CEO Dez Derry increases his focus on growing the agency.

Simon Gamble joined mmadigital shortly after its inception in 2012 and his promotion follows a period of rapid expansion for the agency, which has seen a plethora of legal client wins and a number of senior hires join the team.

Until now Simon had successfully led the growth of mmadigital’s video production department and his new role he will manage the provision of all mmadigital’s services: web design, video content and lead generation, using SEO, PPC and social media advertising.

CEO Dez Derry will now focus on growing mmadigital’s client base, working closely with strategic partners, and ensuring a first-rate after sales service for the agency’s growing roster of law firm clients.

To complement the strong growth within the agency from the recent appointments of Dan Walsh, Richard Higham and Phil Howells, mmadigital will also be working with film consultants, who will collaborate with creative consultant Phil Howells to create unique TV quality video campaigns for law firm clients, enabling them to stand out above their competitors and help them reach wider audiences.

Dez Derry says: “With the growth mmadigital has seen both in its client base and employees, it is the right time for us to appoint a managing director. Simon is the perfect choice for this role; not only will he be able to manage the day to day running of the agency, he will be instrumental in creating a better than ever video service for our clients.”