Is the fear of clinical negligence litigation overblown? And how can lawyers help assuage that fear? 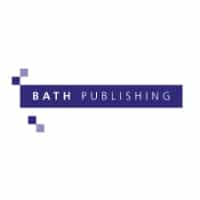 By Nigel Poole, author of Clinical Negligence Made Clear: A Guide for Patients & Professionals available soon from Legal Futures Associate Bath Publishing for £19.99 + p&p – free digital edition for all pre-orders.

Many headline-grabbing claims are made about clinical negligence litigation. For every story that a growing compensation culture is bleeding the NHS dry, there is another suggesting that healthcare professionals have acted with callous indifference to their patients.

Patients fear that the medical establishment closes rank when they raise a complaint. Professionals fear litigation and being made scapegoats for an under-resourced healthcare system.

Sometimes speculative claims are brought. Sometimes professionals do act poorly. But many of the fears about clinical negligence litigation are overblown. This, I believe, is in part due to a lack of knowledge and understanding of how the legal system works.

It is very difficult for a patient to prove that they have been injured due to clinical negligence. The legal test for negligence – the so-called Bolam test – means that a doctor is only found to have been negligent if they acted in a way that no responsible body of practitioners in that field, at that time, would have condoned.

It is not enough for claimants in litigation to establish that the care given to them was below average. It has to have fallen below the bottom line of what would be considered by the profession to be acceptable.

This test is modified for claims arising out of a failure to warn a patient of the risks of proposed treatment. In all cases, the claimant also has to prove that the negligence caused them injury.

Given that patients are usually suffering from illness, disease or disability at the time they are treated, it is seldom straightforward to prove that negligent treatment has caused injury beyond what they would have suffered without the negligence.

NHS Resolution’s annual report for 2019 showed that, after year-on-year reductions in new clinical negligence claims since 2013-14, there had been an increase of only five claims in the year from 2017-18 to 2018-19.

Given the ever-increasing number of patient interactions within the NHS, the chances of a patient bringing legal action arising out of their treatment is clearly on downward trend.

Nor would it be fair to say that too many speculative claims are brought. About 80% of claims that proceed to litigation are resolved with the payment of compensation to the claimant.

It is fair to say that a much higher percentage of claims notified to the NHS are disposed of without payment of compensation before legal proceedings, but the legal costs for each of those cases tend to be significantly lower than the costs incurred in those cases that proceed through the court process.

Most of that increase was due to a government decision to change the discount rate used to calculate the cost of future losses and expenses suffered by claimants. In July 2019, the rate was changed again, with the likely consequence that there will be some correction and a lowering of compensation payments across the board.

Leaving aside this one factor, there has, even so, been a steady increase in compensation payments in cases over many years.

Another reason for the increase is that the costs of professional care, equipment and technologies to assist those with disability and injury, have risen much faster than general inflation.

The principle behind awards of compensation for clinical negligence is to put the injured person in the position they would have been in had the negligence not occurred. As technology advances there are better and more expensive ways of making good the damage.

Sophisticated prosthetics can more fully re-establish a level of mobility than was previously possible. But they cost more. Expensive eye-gaze technology can allow someone with severe disability to communicate when previously they would have been unable to do so.

Care experts have also pointed the way to more sophisticated and comprehensive packages of care for the most seriously disabled claimants. These are designed to ensure that claimants are properly looked after, but the costs seem always to be increasing.

Some argue that artificial caps should be placed on the amount of compensation that can be awarded, but it might be said that providing full compensation demonstrates the true cost to patients when clinical negligence occurs.

Clinical negligence law is compensatory. It is not a system designed to punish those responsible for deficient care. Often doctors regard claims for compensation as attacks on their general competence or integrity. They are not. Doctors are not found ‘guilty’ or struck off because of a finding of negligence in a civil claim.

This means clinical negligence law is not necessarily the best means of inquiring into the truth of what happened to a patient, let alone in arriving at recommendations for improving systems of care and patient safety. That is one reason why bereaved families place so much importance on inquests, and why patients want more openness from the NHS when their complaints are investigated.

There are many ways in which the costs of clinical negligence litigation could be reduced without affecting the balanced justice that the current law delivers.

First, a transparent system of dealing with patient complaints would head off many potential claims for compensation.

Second, early evaluation of claims by mutually respected experts could save a great deal of delay and cost.

Fourth, consideration should be given to allowing patients a right to sue the NHS, rather than having to decide which part of the NHS – which GP or trust – is responsible for their injuries. Some claims have to be brought against multiple defendants, all of whom operated within the NHS when they treated the patient. This leads to too many experts giving opinions, and avoidable delay and expense.

There are also ways in which the knowledge gained from litigation could be used to benefit patient safety, and therefore to reduce patient harm and the number of potential claims for compensation. Thousands of expert reports are produced every year for the purpose of litigation. Together they would form an incredibly valuable resource for learning within the NHS.

Lawyers have an important role to explain the law in clear terms, free from unnecessary jargon. Better understanding of how the law works can build trust and encourage more openness.

Lawyers should not regard themselves as holding the keys to some secret kingdom. We should shed light on the way the law works so that those whose lives it affects understand how to engage in the legal system and do not regard it as something mysterious and to be feared.