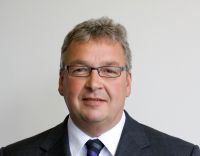 Raffle tickets were purchased by Eclipse staff for the chance to win a host of prizes donated by Eclipse, ranging from an iPad and a Kindle to extra holiday allowance. The total raised through ticket sales was £9,600, split between the four charities.

“We were keen to build on the money we had already raised through our sporting challenges in 2013, by organising a fundraising event to support some lesser known – but very deserving –  causes in our local area. A huge thank you to everyone who took part – the £9,600 raised will make a massive difference to all who rely upon the valuable support our chosen charities provide.”