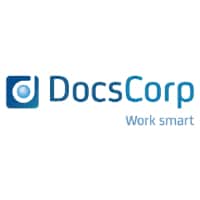 Changes in workflows and the instability caused by major vendor consolidation helped make compareDocs the preferred comparison application for hundreds of businesses.

Between January 2017 and January 2020, DocsCorp – a leading provider of document productivity solutions – experienced a 181% increase in the users of its document comparison software compareDocs. The number of individual companies using compareDocs nearly doubled in that same period.

Ben Mitchell, DocsCorp VP of Commercial Operations, said the increase in compareDocs users was caused by several factors, including the merger of two large document comparison vendors in 2019.

“The changes in the market left many customers concerned about the future of their applications. They did not know which of the two vendors’ overlapping products would be kept, and which would be retired. compareDocs represented a safe and reliable choice to the more than 300 firms that have switched from those vendors to DocsCorp in the past five years.”

Many businesses are also choosing compareDocs as they move away from dated, less efficient workflows. Ben explained that “traditional comparison applications generate redline reports, which means the user must manually make or remove changes to get their final version. We’ve been able to show that outputting a comparison report as a Word document with Track Changes helps compareDocs users create their final version 25% faster.”

Several new compareDocs features and workflows are planned for the 2020 Financial Year, including native PowerPoint comparison capability and three-pane view for comparison reports.