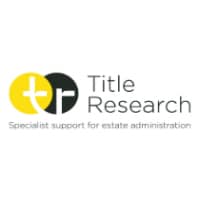 Selling and transferring shareholdings in the United States and Canada can often be complex, as Title Research’s latest case studies highlight. The first example looks at how we sold Canadian shares in just nine months after our client had been trying to sell them for eight years. The second case study shows how we liaised with a US Share Registrar to help administer US shares.

Title Research were instructed to sell two Canadian shareholdings, on behalf of our solicitor client who was on the verge of retiring. The solicitor had been trying to sell the Canadian shares for eight years and hoped to do so before she retired.

The Canadian shareholdings were held in the joint names of three individuals, however two of these individuals had already died. Each deceased individual had appointed four Executors, additionally all of the share certificates were also missing.

Title Research worked closely with the client to explain the whole process and ensure instructions were included with all of the paperwork.

We provided updates every two weeks whilst the client worked with the nine individuals who needed to sign the paperwork. Once the paperwork had been signed, the missing share certificates were reissued and the shares were sold.

Our solicitor client had been trying to sell the Canadian shareholdings for eight years and Title Research managed to complete the work in just nine months. The client was incredibly complimentary and grateful. She could also now retire with peace of mind that the estate was now closed.

We were approached to help deal with shares held by the late Mrs Valerie Davies, in the US company Marsh & McLennan Plc. As part of the requirements, the client was asked to provide proof of the asset.

Many months later after the initial enquiry, the client advised Title Research that they had been in touch with the Share Registrar in the USA on multiple occasions, and found it impossible to obtain a recent statement as proof of the asset.

The client was unimpressed with the service they had received in the USA, commenting that they had easily been able to obtain statements from UK Share Registrars regarding the UK assets.

Title Research agreed to obtain a statement on behalf of the estate, and upon investigations discovered that the asset was actually registered to the Deceased’s former work address – from 24 years previously.

Using this information, Title Research were able to liaise with the Share Registrar and obtain proof of the asset.

Click here to find out more about how Title Research can navigate the often complex process of dealing with North American assets for you. If you’d like to discuss how Title Research can help you administer foreign shares or funds, call our Client Services Team on 0345 67 27 600 or email info@titleresearch.com.