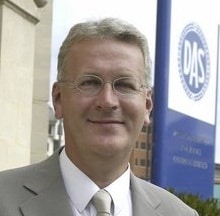 Asplin: strength to deliver in the new regulatory environment

DAS UK Holdings Ltd, the parent company of the UK’s leading legal expenses insurer, has reported record income of £199.6 million in 2013, an increase of 10% over 2012. Profits before tax and reinsurance also grew strongly by 9% to £12.1m

Following the introduction of LASPO, DAS was the first insurer to completely change its ATE business model enabling DAS ATE business volumes to recover quickly and grow beyond pre-LASPO levels. The growth was mainly due to the introduction of a new Clinical Negligence product and DAS entry into the Civil Litigation market, where it provides indemnity limits of up to £3.0m for commercial and other litigation.

DAS became the first insurer to own a law firm and gain an ABS licence.  The DAS Law business model ensures it is significantly more efficient than most solicitor firms, and allows it to deal successfully with changes in the personal injury fixed costs regime. DAS Law now has teams handling employment, property and contract, as well as personal injury and has recently developed a will writing proposition.

DAS has also been successful in developing its business beyond the UK. Alongside strong results in Ireland the company’s Canadian business is performing well. DAS also started writing business in Norway and will continue to expand into new territories as and when suitable opportunities arise.

The company’s scale, experience and resources  also puts it in a very strong position to deal with the general increase in regulatory scrutiny and specific regulatory issues such as the future of add-on sales and is keen to help its business partners tackle these challenges.

Paul Asplin, CEO, DAS UK Group commented: “DAS UK is unique in the legal protection market; a UK domiciled insurance company and a member of one of the world’s largest insurance groups, Munich Re. With our scale, expertise, resources and financial backing business partners can be confident that DAS has the strength to deliver in the new regulatory environment, including Solvency II and the FCA add-ons review, something that many of our competitors, who are mainly underwritten or domiciled overseas, may struggle with.”