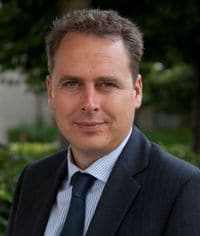 The DAS UK Group is pleased to confirm that Richard Harris has been appointed as Chief Claims Officer (CCO), reporting directly to the UK Group CEO, Paul Asplin.  Richard has responsibility for all claims functions along with supporting colleagues and business partners in the wider business strategy.

With over 25 years’ insurance experience, Richard joined DAS as Head of Claims & Assistance in 2011 from Ageas where he was Head of Operations (Motor Claims).  Prior to Ageas Richard has worked in reinsurance and broking and was previously Director of the RTA Portal Company and a member of the insurer GTA committee as well being an industry expert at many conferences.

Paul Asplin, CEO, comments; “Richard’s appointment as Chief Claims Officer recognises the contribution he has made to customer service at DAS and his ability to think differently about delivering value to the company and as such his promotion is justly deserved.”

Richard Harris, Chief Claims Officer, comments; “I am naturally very pleased to be promoted, especially as I am excited about the continuing and increased importance of legal expenses insurance to consumers. Providing products, which help protect people in situations many of us will hopefully never have to experience is a great source of inspiration.”