Quarterly activity levels have shown little sign of movement in the year so far, with conveyancing volumes up from 245,275 in Q4 2016 to 245,738 in Q1 2017, according to the Q1 2017 edition of the Conveyancing Market Tracker from conveyancing search provider Search Acumen.  Meanwhile, unprecedented levels of activity in early 2016 caused an 11% year-on-year decline in activity, worsened by February 2017 witnessing the lowest level of monthly activity since April 2014.

With low volumes in February, the conveyancing market was kept afloat by January and March in Q1 2017 – recording 84,274 and 91,676 transactions respectively. Overall, total conveyancing volumes rose by 0.2% during the first quarter of 2017 – a ‘flatline’ trend we are witnessing across the wider property market as house price growth and transaction volumes slow.

Following the trend of year-on-year decline, the number of cases conveyancing firms dealt with in Q1 2017 (59) remained steady when compared with the previous quarter (59), but dropped by 9% on Q1 2016. The average firm completed five more transactions in the same quarter last year (64) during the rush to beat stamp duty reform.

Competition remains despite a flat market

By using Land Registry data to examine competitive pressures in the conveyancing market, the Conveyancing Market Tracker has found that competition in the conveyancing sector has remained at a healthy level during the first three months of the year. Firms ranked 6th to 10th on conveyancing volumes saw the smallest year-on-year drop and the most quarterly growth in activity, outperforming the top five firms. Meanwhile, those ranked 501st to 1,000th suffered the largest falls in activity while the number of active firms fell as occasional conveyancers (those ranked outside the top 1000) dropped out of the market.

Despite this, at the end of the quarter, the overall market share among different ranking firms saw very little movement both quarterly and annually. The top 1,000 firms held 74% of the market share in Q1 2017, up from 73% in Q4 2016. Meanwhile, the top five firm’s market share remained stationary at just under 6%, a figure which has slowly climbed half a percent over the past 12 months. 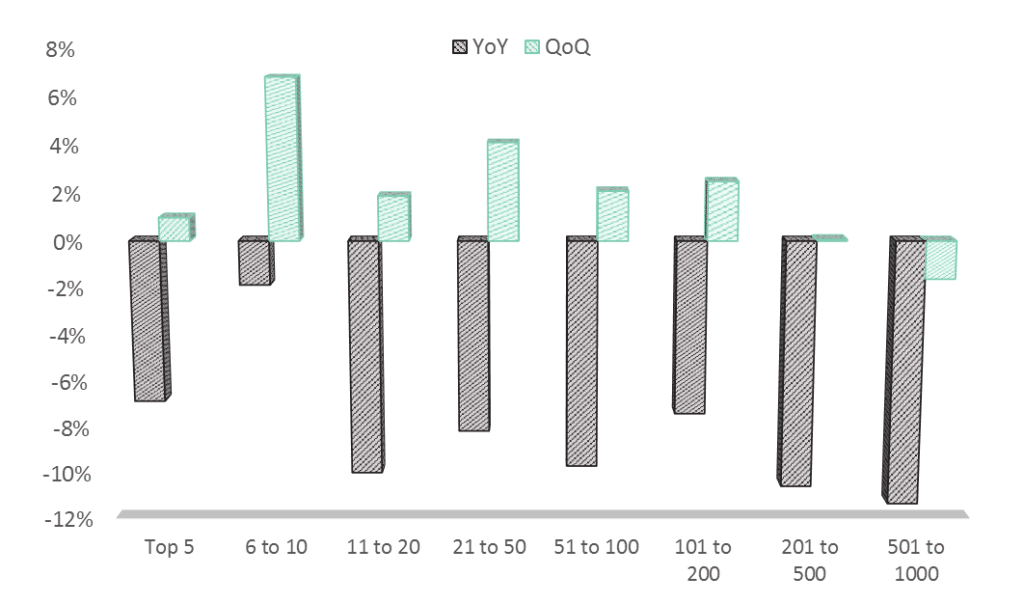 Graph 2: Changes in conveyancing volume for firms by market rank

Among different types of transactions, Dispositionary First Lease transactions saw the highest increase in volumes, rising by 22% quarter-on quarter, and 71% year-on-year. Transfer of part was the only other transaction type which saw an uplift in quarterly volumes, rising 18% from 27,932 to 32,999.

“The Conveyancing Market Tracker for Q1 2017 shows that the conveyancing market is broadly reflecting recent trends seen across the UK property sector. As property transactions have ticked along slowly due to the underlying uncertainty in the market, conveyancers have witnessed a flat trajectory of activity – a sign of stability, perhaps, but not a welcome long-term trend.

“The competition we are seeing in the market is encouraging. Be it marginally, ‘challenger’ firms are outperforming the top five in terms of total volume growth and it is positive that conveyancers large and small are showing resilience and efficiency when most needed. Early last year we saw unprecedented transaction volumes making the 11% year-on-year drop look daunting, yet the wider picture shows that the industry is dealing with 40% more transactions than four years ago.

“The road ahead has become even less clear as we are yet again thrown into the unknown by a snap general election. These innovative, middle ranking firms that we have seen perform well over the past three months have an opportunity to combine a nimble operation with expertise to gain more market share and challenge the conveyancing behemoths.”