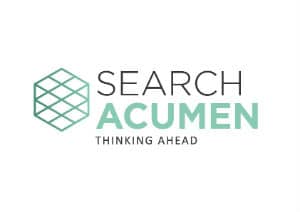 The conveyancing market experienced a precipitous fall at the start of Q2 2020 as the entire property market was impacted by the Covid-19 pandemic, before May and June brought green shoots of recovery, according to the Q2 2020 edition of the Conveyancing Market Tracker from Search Acumen, the property data insight and technology provider.

The tracker shows just 82,385 completed transactions were registered in England and Wales during Q2 2020, down by 65% from Q1 and the first time on record quarterly transactions have fallen below 100,000.

The low figures, which are based on HM Land Registry data, are likely to be attributable to lockdown-related delays to its registration of transactions, as well as the entire shutdown of house-moving activity for the first half of the quarter before England’s housing market reopened in mid-May.

April saw just 440 transactions registered – less than 1% of the 55,381 total in March – as the full impact of the lockdown was felt across the market with offices shut, transactions suspended and people confined to their homes.

The bounce-back began with 25,459 registrations in May and more than double that number – 56,486 – recorded in June, rising back above the 55,381 seen in March when the lockdown first took hold.

The number of active firms similarly recovered from an all-time low of 317 in April to 3,735 in June, although this remained lower than the average of 3,928 who were active in Q1. In addition, only 75 firms averaged 50 or more transactions a month in Q2 compared with 338 in the previous quarter.

However, there were hopeful signs towards the end of the quarter as the market came back to life. By June, the top ten ranking firms were back to an average of 643 transactions a month – surpassing March’s figure of 477 to come within touching distance of the 649 recorded in February. The top five saw their average registered completions climb from 339 to 899 from May to June as lockdown restrictions began to be eased.

Nevertheless, the overall extent of the slowdown is captured by the fact that the top five ranking firms completed fewer transactions in the three months from April to June – a total of 6,218 – than they did in a single month during January 2020. Back then, the start of the year brought 6,353 registered completions at the top end of the conveyancing market in a single month – the busiest month since May 2016 prior to the EU referendum. Outside of the top 1,000 firms, there was an average of 13 transactions completed in Q2, the second lowest on record after the 12 seen in Q2 2011 during the credit crunch which followed the Global Financial Crisis of 2007/08.

For the average conveyancing firm, transactions declined by 43% quarterly from 60 in Q1 2020 to 34 in Q2 2020 – taking them back to levels of business last recorded in 2011. However, the rally in June meant that business stayed above the levels of the worst quarter on record, Q2 2011, when the average firm completed just 28 transactions.

The top five ranking firms saw their combined market share climb from 6% in Q1 2020 to 8% in Q2 2020 – the highest level in over six years since Q1 2014 – as their scale helped them bounce back quicker as activity returned.

At the same time, the top 1,000 firms retained the same 77% collective market share they held in the first three months of the year, up from 75% a year earlier. This was despite seeing just 63,642 completed transactions registered compared with 181,239 in Q1 2020.

“As suspected, the second quarterly figures have demonstrated the challenges that conveyancers and much of the property market have been tasked with navigating under Covid-19. May saw the full force of the pandemic’s impact in terms of significant drops in the number of transactions and active firms, but the June data highlights some positive signs of the market coming back to life. The market has since been bolstered in July by the government’s Stamp Duty holiday which should help to propel activity for the second half of the year.

“While the figures for the second quarter were largely gloomy, there are some important lessons to learn from. We saw many firms adapt to new, digital ways of working under lockdown in order to maintain some level of activity. Now that some demand has returned to the market, it is time for all firms to act and harness the available data and latest innovations once and for all.

“We have started to see indications that the market has accepted the reality that digitisation is the way forward for the industry. The Ministry of Housing, Communities & Local Government’s (MHCLG) bid to modernise England’s planning sector is just one such sign. The government is waking up to the fact that an overreliance on manual tasks and in-person activity has gone on for far too long.

“It is not just up to the government to enact change. Instead, the private sector must work hand in hand with local and national public bodies to forge a property market strong enough to bolster the UK’s economy as we emerge from Covid-19. We have long called for collaboration around the increased availability of accurate data, the importance of integrating the latest technologies including AI and blockchain into property processes and ensuring that people are well versed in these innovations to best leverage the data at our fingertips. This is not only what the market needs to be more efficient, productive and to better serve clients but is equally crucial for the country to bounce back post-Covid.”