Climate Change – Fiddling while the UK Burns (and Drowns)

Two newly published reports from the Met Office and the Committee on Climate Change provides further damning evidence on the Government’s slow pace to tackling it, while showing that worse is to come with our weather patterns.

Extremes of heat and rainfall proving yet again the direction we are going, with seemingly no firmer grip on the steering wheel.

The Committee on Climate Change, the Government’s official climate change advisers, has warned ministers that emissions are not being cut fast enough.

While an outgoing prime minister made a lofty ambition of becoming the world’s first “net zero nation”, to cut almost all greenhouse gas emissions by 2050, the CCC have said that we are already failing to implement measures that would have delivered at the 80% cut level. 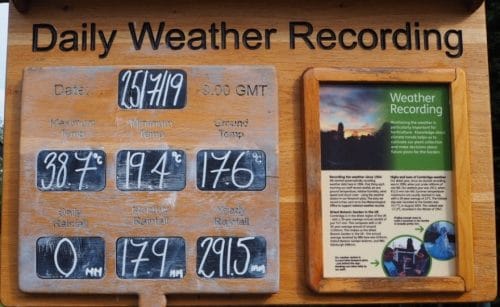 It comes at the same time as The Met Office’s latest State of the UK Climate report. It shows that  the top 10 warmest years on record in the UK have all occurred since 2002,  with 2014 the warmest year in a temperature sequence now dating back to 1884.

You have to go back to 1963 to find the coldest year in the sequence and the last year regarded as “cooler” was 2010, but this ranks only 22nd in the “cool list”

The Met Office says this sequence is a clear signal of climate change which has been topped off with confirmation of a new all-time temperature record of 38.7C (or 101.7F) in Cambridge on Thursday 25th July.

After the record was declared, they advised that we are 20-30 times more likely to see similar heat waves in the near future.

There are anomalies, of course – 2018 was the third sunniest year on record, but despite this and very hot summer weather, the overall temperature for the year only placed it in seventh place in the list of the top 10 hottest. The beast from the east and snowfall dragged it down.

Our climate has warmed at a very similar amount to the global temperature rise, so with the potential to exceed 2 or even 3C global rise, we can anticipate the great impact on the sequence.  For years, the Met Office has been saying that its data shows unmistakeable evidence of rising temperatures, both in the UK and worldwide, driven by the gases given off by human activity.

This is the fifth report that the Met Office has put out based on their ongoing programme to digitise historical weather records. This latest report does not change the view on when the warmest years have been but has re-classified the cooler ones, based on their average temperature year round.

We will still get freezing winters and chilly summers, but that our variable air masses will get more extreme. 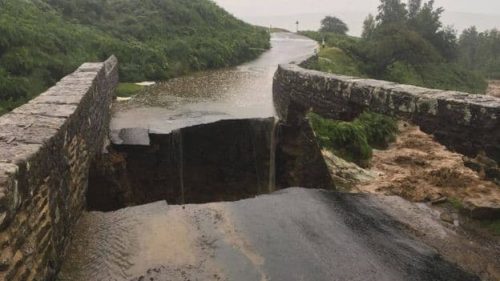 Another expression of extreme is rainfall. Six of the 10 wettest years in the UK have occurred since 1998.

Over the last decade, our hot and cold seasons have been getting wetter than the long-term average with the summers seeing 13% more rain while the winters going up by 12%.

And 2019 is serving up more palpable examples. The June flooding of Kent, the Midlands and Lincolnshire, and just this week, further localised flash flooding affected parts of North Yorkshire, where a month’s rain fell in 4 hours. Each has shown how it directly impacts our infrastructure:

Being the peak tourist season in the Yorkshire Dales, the damage will inevitably cause disruption and potentially long detours for both visitors and residents living over a wide area. 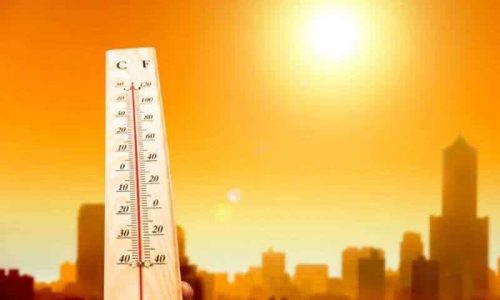 So these most recent weather events demonstrate the emergency. Greenpeace has described the findings of the CCC Report as a “truly brutal reality check on the Government’s current progress in tackling the climate emergency.

“It paints the government as a sleeper who’s woken up, seen the house is on fire, raised the alarm and gone straight back to sleep”.

There is also a clear annoyance from the Committee for Climate Change that their recommendations are often ignored. Of the list of 24 goals needed to meet emission targets, only 7 are on track.

It says the UK is failing to protect itself from the effects of climate change overseas, changes in the suitability of land for agriculture or forestry, and risks to health from changes in air quality driven by rising temperatures.

A good example is the expansion of urban green space in parks and gardens. They cool cities and helps reduce flood risks. But as more homes are crammed into cities, green spaces have shrunk from 63% of urban area in 2001 to 55% in 2018.

The role of tree planting cannot be underestimated and has been described as the single best way to mitigate climate change. We will be exploring this in our next blog.