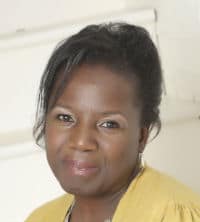 CILEx [1] vice-president Millicent Grant gave evidence to the House of Lords Constitution Committee in March during an inquiry on judicial appointments.

Robert Bourns, president of the Law Society, and Robin Allen QC, chair of the Bar Council’s equality and diversity and social mobility committee, were witnesses at the same evidence session.

The constitution committee decided to conduct the short follow-up inquiry to consider how recommendations made in its 2012 report, Judicial appointments, have been implemented, and to what effect.

Peers invited the representatives from the three main branches of the legal profession to discuss a range of issues, including judicial appointments, recruitment, applications and diversity, and the recent difficulties experienced by the Judicial Appointments Commission (JAC) in filling judicial vacancies. Questions were put about the extent to which Chartered Legal Executives are represented in the judiciary and what the Bar Council, the Law Society and CILEx were doing to encourage their members to apply for judicial posts.

Millicent Grant cited statistics demonstrating that the CILEx members are extremely diverse. Unlike other strands of the legal profession, the Chartered Institute has a large proportion of members who are women, black and minority ethnic and from non-traditional social backgrounds. These are groups that the Lord Chancellor and Secretary of State for Justice, Elizabeth Truss, has indicated need to be better represented in the judiciary.

At present, the most senior judicial role for which Chartered Legal Executives can apply is that of district judge. They are not yet in a position to apply for other high-ranking judicial positions. CILEx will be lobbying for this artificial barrier to be removed so, that there is parity with solicitors and barristers. It is important that Chartered Legal Executives are given the opportunity to progress in the judiciary beyond the level of district judge. Allowing this would help to make the judiciary more diverse, especially in the areas of gender, ethnicity and social mobility.

CILEx Fellows need five years’ post-qualification experience (PQE) to apply for some judicial posts. Currently, the JAC’s Judicial Work Shadowing Scheme, which is run by the Judicial Office for England and Wales, is only open to Fellows with seven years’ PQE. An analysis of CILEx membership data indicates that there are 5,281 Fellows, with seven years’ PQE, who could be eligible to apply to be part of this scheme.

Meanwhile, CILEx is working to remove the barriers in the profession that deter its members from progressing and to support those who want to apply for judicial positions, which is now a possibility that, in the past, may not have been an aspiration for Chartered Legal Executives.

Millicent Grant represents CILEx members on the JAC diversity forum and on the pre-application judicial education working party set up by the forum. Together with the Law Society, the Bar Council, the JAC and the Ministry of Justice, CILEx is working on these committees to remove barriers within the profession, improve diversity and support those interested in entering the judiciary.

A report on the Constitution Committee’s inquiry should be published in May 2017.