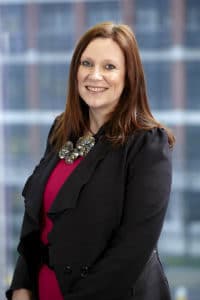 Paula Myers, Head of the Will Dispute team at Irwin Mitchell

BACKGROUND TO THE APPEAL
The appeal arises out of a claim for reasonable financial provision under the Inheritance (Provision for Family and Dependants) Act (“the Act”), brought against the estate of Mrs Jackson by her daughter, Mrs Ilott. Mrs Ilott and her mother had been estranged for the majority of the 26 years preceding Mrs Jackson’s death in 2004. The estrangement began when Mrs Ilott left home at 17 to live with her now husband, with whom she has five children. Since that time Mrs Ilott has lived independently of her mother but in straitened financial circumstances. Mrs Ilott and her family received a number of benefits, with a net annual income of around £20,000.
In her last will of 2002, Mrs Jackson left the majority of her estate to a number of charities, and made no provision for her daughter. This was a decision Mrs Jackson had made as early as 1984, reflected in her will of that year. Mrs Ilott had been aware for many years of this decision and had lived without any expectation of benefit from the estate.

The District Judge found that Mrs Jackson’s will did not make reasonable financial provision for Mrs Ilott and awarded her £50,000. The charitable beneficiaries under the will initially challenged the finding that there was any lack of reasonable provision, but that challenge failed and the dispute has since proceeded only on the issue of the quantum of the award, which Mrs Ilott appealed as too low. The Court of Appeal held the District Judge had made two errors of principle in his approach. Firstly, he held the award should be limited in light of the long estrangement and lack of expectation of benefit, but did not identify what the award would have been without these factors and the reduction attributable to them. Secondly, he made his award without knowing what the effect of it would be on the benefits which Mrs Ilott and her family presently received, some of which were subject to a means test and which would not payable if Mrs Ilott had savings in excess of £16,000. The Court of Appeal re-evaluated the claim for itself, and awarded Mrs Ilott £143,000 to buy the home she lived in, and an option to receive £20,000 in one or more instalments. The award was designed to avoid affecting Mrs Ilott’s benefits entitlement.

The matters to which the court must have regard in exercising its power to award reasonable financial provision are listed under s.3 of the Act. For an applicant other than a spouse or partner, reasonable financial provision is limited to what it would be reasonable for her to receive for maintenance only. This is an objective standard, to be determined by the court. The limitation to maintenance provision represents a deliberate legislative choice and demonstrates the significance attached by English law to testamentary freedom. Maintenance cannot extend to any or everything which it would be desirable for the claimant to have, but is not limited to subsistence level. The level at which maintenance may be provided is clearly flexible and falls to be assessed on the facts of each case, as at the date of hearing. Although maintenance is by definition the provision of income rather than capital, it may be provided by way of a lump sum. [12-25]

As to the first suggested error, the process suggested by the Court of Appeal is not warranted by the Act. The Act does not require the judge to fix some hypothetical standard of reasonable provision and then increase or discount it with reference to variable factors. All of the s.3 factors, so far as they are relevant, must be considered, and in light of them a single assessment of reasonable financial provision should be made. The District Judge worked through each of the s.3 factors, and was entitled to take into account the nature of the relationship between Mrs Jackson and Mrs Ilott in reaching his conclusion. As to the second suggested error, the District Judge specifically addressed the impact on benefits twice. The Court of Appeal’s criticism that his award was of little or no value to Mrs Ilott was unjustified. A substantial part of the award could be spent on replacing old and worn out household equipment which the family had previously been unable to afford. This fell within the provision of maintenance of daily living, and would avoid Mrs Ilott retaining capital for long above the £16,000 threshold. [29-41]

Reasonable financial provision can in principle include the provision of housing, but ordinarily by creating a life interest rather than a capital and inheritable sum, which possibility appeared not to have been considered by the Court of Appeal. To the extent that the benefits means test was relevant, it was likely to apply also to the additional sum of £20,000 apparently awarded with a view to avoiding that test. The statement in the Court of Appeal that a claimant in receipt of benefits should be treated in the same way as a disabled claimant was problematic; what must have been meant was that receipt of means tested benefits is likely to be a relevant indication of a claimant’s financial position. Finally, the Court of Appeal’s order gave little weight to Mrs Jackson’s very clear wishes and the long period of estrangement. The Court of Appeal’s justification for this approach was that the charities had little expectation of benefit either. This approach should be treated with caution, given the importance of testamentary bequests for charities, and because the testator’s chosen beneficiaries, whether relatives, charities or otherwise, do not need to justify their claim either by need or by expectation. [44-47]

Lady Hale in her judgment reviews the history of the Act and preceding legislation. She comments on the unsatisfactory state of the law, giving as it does no guidance as to the weight of the factors to be taken into account in deciding whether an adult child is deserving or undeserving of reasonable maintenance. The approach under the Act invariably involves a value judgment, which may be problematic as there is a wide range of opinion among the public and the judiciary about the circumstances in which adult descendants ought or ought not to be able to make a claim on an estate which would otherwise go elsewhere. [49-66]

References in square brackets are to paragraphs in the judgment

This summary is provided to assist in understanding the Court’s decision. It does not form part of the reasons for the decision. The full judgment of the Court is the only authoritative document. Judgments are public documents and are available here.