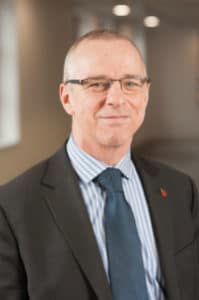 The example in the headline is a facile one, but I’d like to share a few serious(ish) thoughts about cancellation. Most of us have been there; a shiny product and convincing salesperson, and the price never seems expensive when it’s broken down into 80 years’ worth of monthly payments in a finance deal. Then the next day – remorse. But can we cancel? The answer is often yes, but it can turn on some surprisingly arbitrary points.

Let’s talk legislation for a moment. The Consumer Rights Act 2015 brought together the law governing the sale, lease etc. of defective goods to a consumer by a trader. But I want to take a moment to look at the 2015 Act’s less well known cousin, the Consumer Contracts (Information, Cancellation and Additional Charges) Regulations 2013, which takes aim at those moments just before and during the formation of the contract.

Under the regs, a trader selling goods, services or digital content must provide a range of information to the buyer before and after making a sale. They also give consumers the right to change their minds and cancel, provided the transaction was ‘at a distance’ or ‘off-premises’. This right to cancel is something relatively new to English law which traditionally viewed a contract as being binding once agreed – something to do with ancient notions of honour perhaps – ha! So the regs represented a real shift and left many of us struggling to get our heads around the idea that a consumer can simply change their mind and cancel, quite literally on a whim.

Distance contracts are where the parties are not face-to-face, with the internet being the most obvious example; and the premises referred to in ‘off-premises’ are those of the trader. This part of the 2013 regs is aimed primarily at traders who come to the consumer’s home to try and sell things; double-glazing, and kitchen extensions being common examples; and problems have arisen in respect of the cancellation of these off-premises type of contracts.

The problem for the trader is that they now have to give the consumer notice of their right to cancel, and supply a template cancellation notice. And the regs go further, prescribing that as long as the customer makes a clear statement that they want to cancel, it doesn’t even need to be in writing. Timeframes-wise, the consumer has 14 calendar days in which to cancel, but if the trader fails to follow any of the notice requirements, that period is bumped up to an eye-watering 12 months; all pretty onerous stuff from a trader’s perspective.

However there are some exempted product types for which the notice of cancellation rights do not have to be given. These include ‘investment’ type products, for which the Department of Innovation and Skills – perhaps giving a little too much away about their lifestyle choices – gives the example of ‘vintage wines’. Also exempted are, unsurprisingly, goods which deteriorate rapidly, so sending bananas back after 14-days is a definite no-no, as is returning newspapers and periodicals (even my son can read a newspaper in 14-days, if I push him). But the exemption that has caused the most difficulty is the one for what the regulations describe as being ‘made to the consumer’s specifications or are clearly personalised’.

Most things sold over the internet tend to be very standard, however off-premises contracts are often the opposite, the purpose of a salesperson visiting your home being to try and sell you something specific to that home. As the majority of homes are different, there is an argument that most off-premises contracts will contain an element of the standardised with the personalised and specific. The question is, where to draw the line? When can a set of windows be classed as being to the customer’s exact specification and therefore exempt from the cancellation provision?

The guidance from our vintage wine drinking friends at the Department of Innovation and Skills is that items made to a particular specification are exempt on the basis that a trader might otherwise be left with a product so specific to a particular consumer’s needs that there is no other market for it once the consumer has cancelled the contract. This seems sensible and fair, but it is also narrower than the actual wording of the regs which only require goods to be made to the customer’s specification for them to be exempt from the cancellation provisions.

The challenge with consumer law is that although we often see disputes relating to arguably bespoke goods, very few cases get beyond the courts of first instance and so there is a dearth of judicial guidance on what counts as ‘made to a particular specification’. Until we get something authoritative from the Court of Appeal these ambiguities will remain.