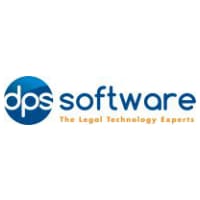 Next Spring, something massive is coming that is going to lead to huge changes for millions of businesses in the UK. No, not Brexit, we’re talking about Making Tax Digital.

Making Tax Digital (MTD) is a government initiative announced over three years ago in the March 2015 budget to transform the tax system and make it easier for everyone to maintain records and to get their tax correct. [1]

Under MTD, legal businesses will need to keep records digitally and make a quarterly return of data to HMRC, with a final adjusting return when figures are final.

Simply put, HMRC want four data submissions not one. This is all part of an overall scheme to make localised computer systems transparent to HMRC.

MTD is being phased in with certain firms obligated to comply for VAT from 1st April 2019. Once HMRC are happy with MTD’s progress, it will be widened in scope to include income and corporation tax in April 2020 at the earliest.

The government say they are introducing these changes to transform the UK’s tax system and make it the most digitally-advanced tax system in the world.[2]  The aim is to make ‘better use of information’, report ‘tax in real time’, create ‘a single financial account’ and ‘interacting digitally with customers’. [3]

Some companies have already put MTD-compliant systems in place, such as the big four accountancy firms, and a number of accounts software providers like DPS.

It is vital your software is MTD compliant in good time before April 2019. DPS have already been working with the HMRC to ensure our legal accounts software ‘Financial Director’ is ready for MTD and your accounts software provider should be too.

This will help you meet the HMRC’s objective to be more effective, more efficient and make it easier for taxpayers to get their tax right.

The HMRC have stated that a key reason for the initiative is the £9 BILLION shortfall in tax that isn’t being paid, partly due to mistakes being made. With MTD in place, there is less scope for error and this shortfall should be significantly reduced.

Taxpayers will not have to duplicate tasks in giving the HMRC information that it already has or is able to get from elsewhere. They will also be able to check at any time whether the details that HMRC holds are correct, also making it easier for HMRC to remain GDPR compliant.

Taxpayers will also be able to see how much tax they are due to pay at any time, without having to wait until year end, meaning that they can adequately prepare and ensure they can meet their tax obligations.

Initially, MTD will only be mandatory for Accrual Accounting firms with a turnover above the VAT threshold of £85,000, with it being optional for smaller companies and landlords.

It is an ambitious project and one that on the face of it appears to be a win-win for everyone. However, the issue of how firms keep these digital records becomes a problem. It has recently been revealed that the implementation of MTD will cost firms £37 million a year[4]. This is because firms will be required to use a third-party supplier to maintain their digital tax records and upload them to the HMRC portal.

Even for those firms already using technology to maintain their records, there will likely be an added cost to make that software MTD compliant. For those firms with no system in place, these costs will be felt hardest.

For those firms without any accounting software in place, now is the perfect time to start considering your options. Don’t leave it until it’s too late. Come Spring next year, there will be enough upheaval without having to worry about your accounting software.

DPS are holding a webinar’s on MTD on the 21st November. Please visit the DPS website or contact client services at DPS for more information.