Burys Solicitors’ advice to sole practitioners: outsource to ease stress, save money and comply with regulators! 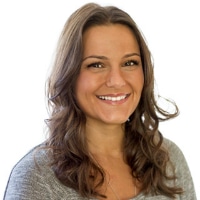 When Joanne Bury set up as a sole practitioner in 2013, she completely underestimated the challenges she’d face as a multi-tasker running her own law firm. That’s why, after two years operating as a rapidly growing business with an expanding set of accounts, Joanne outsourced her legal cashiering function with Quill’s Pinpoint service.

Reflecting on her early years in business, Joanne describes the daily demands upon her time which gradually became more onerous and resulted in the instruction of Quill as her outsourcing partner: “As a sole trader, the buck stops with me. My main responsibility is, of course, to be a fee earner. While acting as a solicitor does occupy most of my attention, I’m also accountable for business development, marketing, legal cashiering and compliance.

“Compliance is a biggie. After all, if you don’t comply, you have no business as industry regulators will shut you down. Despite being a small business, you have the same compliance requirements as big companies who can afford to pay people to take on specific roles as COLPs and COFAs. I have no such luxury so the onus is on me and me alone.

“It was actually doing my own accounts that caused the most problems. Every day I had to spend at least an hour performing general transactions then around five hours every couple of weeks on reconciliations, plus numerous arguments with my husband who’s a finance director and was giving me a helping hand. I managed for two years but hated doing it, dreaded certain tasks and worried about the impact on my home life. Over time, as I took on new cases, the burden grew. That’s the point at which I outsourced to Quill.”

Joanne first came into contact with Quill at a sole practitioner group conference where Quill was exhibiting. Joanne talked to the sales representative at the stand, arranged an on-site meeting to discuss the workings of Quill’s Pinpoint outsourced cashiering service in finer detail, signed up then went live early 2015.

“When you attend legal conferences, there are a million people in the room trying to sell to you,” continues Joanne. “It can be totally overwhelming. If you said yes to all the suppliers exhibiting, you’d be out of profit, particularly in the early stages of being in business when there’s less injection of money as your caseload is lighter.

“But Quill stood out as being different. The sales consultant didn’t attempt the usual standard sales pitch. Instead, he showed how the outsourced cashiering service would work for me, as a small business owner. I knew of other providers in the market and had a tentative look around. But, by then, I’d already made my decision. I chose Quill.”

Confident in her selection of Quill, Joanne still experienced some of the same worries about committing to a regular overhead as any business manager. She states: “Despite feeling sure about making the right decision by outsourcing to Quill, I was naturally slightly nervous about tying myself into a contract. Ironically, Quill doesn’t lock you in to lengthy contract terms and provides an easy way to cancel your subscription anyway. Since becoming a Quill client, I can honestly say I’ve never looked back. Three years later, they’re still doing what they do, leaving me free to do what I do. It’s a perfect arrangement.”

With service benefits ranging from business continuity planning to risk management assistance, Joanne explains the main advantages to her as a busy working mum, part time university lecturer and full time lawyer: “There are so many facets of my life, each one as important and rewarding as the next. I try to be the best I can be in all of these roles but problems arise when I’m constantly swapping hats and delving into areas where I lack expertise, legal accounts being a prime example. When you’re doing too much at once or are tired because you’ve had a long day, human error creeps in. With accounts, there are serious repercussions for human error.

“Having my Pinpoint cashier, Jason, behind me is a huge weight off my mind. His weekly breach reports put paid to human error-type mistakes. The Interactive software, provided with the service, helps massively too. You have to record everything accounts related to the nth degree and the computer says no if you try to input anything incorrectly. It’s idiot proof and I’m occasionally a self-confessed idiot when it comes to these things!

“I’ve built a good rapport with Jason. We both call and email each other frequently – me to ask how to perform a particular task in Interactive that I might not have done for a few weeks and have forgotten in the interim; him to remind me to do something such as submit my bank statement. He talks to me in a language I understand, usually at my request to imagine he’s speaking to a five year old, and I appreciate this pragmatic approach. Jason’s completely focused on my accounts and I know it’s being done properly. The value of knowing this is inestimable.

“I’ve reduced spending too. I reckon I’m saving around £15,000 every year just on salary costs by outsourcing to Quill and not having to employ a cashier. With in-house employees, there are all manner of other details to bear in mind too, workplace pensions and national insurance amongst them. In terms of avoiding these employment hassles, Quill’s service is priceless.

“The interface with my accountant is much stronger now as well. The free accountant licence which you get with Interactive makes the world of difference at year end. My accountant can complete most of his end-of-year duties at his own office then only visit us on one day. The same remote access capabilities apply to my associate employees. With an add-on subscription to Document Management Software, all our matter documents are hosted by Quill in the cloud. We can view and check anything – whether it’s accounts postings or case correspondence – whenever, wherever, however.”

Commenting on her future plans as a Quill client, Joanne concludes: “I specialise in probate but I’m branching out into conveyancing. This extra area specialism may demand use of case management software. This functionality is available in Interactive so no further financial investment will have to be made on my part. My existing licence fee covers this. I’d perhaps buy some training time to familiarise myself with case management features but that’s it. I’ll achieve even greater ROI when I do use Interactive to its full potential.

“For now, I thank Quill for making my life, both at work and home, so less stressful. Sole practitioners rely on recommendations when considering suppliers. I enthusiastically recommend Quill to others.”