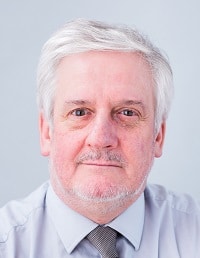 Burcher Jennings is pleased to announce the launch of its second office in the South West of England following the strategic appointment of Truro-based Neil Lobb, who will lead the newly established office as practice manager.

This move is a further response to an increasing demand for specialist services in relation to costs, pricing and funding, and to ensure law firms in the West Country have even greater access to qualified professionals in this field. The new office, which opens on 1 February 2016, complements the company’s existing Exeter office.

Since graduating with a law degree in 1984, Neil has worked with a number of firms throughout Truro and the West Country. A former Fellow of the Institute of Legal Executives, Neil is a law costs draftsman with a broad, practical litigation background, including acting as an advocate.

Working at Johnson & Johnson from 2003 until recently, servicing and supporting local law firms, he has specialised in Children Act cases, other family-oriented work and High Costs Case Plans.

More recently, Neil has carried out the preparation of Claims / Bills in Court of Protection and Mental Health Tribunal matters. At Burcher Jennings, he will continue to work with firms throughout the West Country, and will be supported by the company’s offices across the UK.

Martyn Jennings said: “We are delighted to have Neil on board. With his background as a practising qualified lawyer, he is clearly an invaluable asset when working with law firms; his experience provides for a greater understanding of clients’ needs.”

“He comes with an extremely impressive background and will play an instrumental part in ensuring that clients across the region receive the level of service, quality and care that any law firm should expect when undertaking these types of services.”

The opening of the Truro office follows a year of significant growth for Burcher Jennings, during which time the company has also launched the ‘Burcher Jennings Funding for Growth’ scheme – the first of its kind in the industry, while adding further offices in Exeter and London.

In late November 2015, Burcher Jennings received the ‘Supporting the Industry’ Award at the Modern Law Awards 2015, which recognises businesses that have demonstrated significant support to the legal sector over the past year.