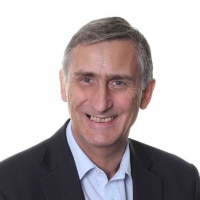 Nick Massey-Chase, Partner at Brain Chase Coles, states: “Our cashier was with us for over 10 years and we took her somewhat for granted. We didn’t fully appreciate just how good she was until she left. She did everything – accounts and payroll – for what had grown to be a £1.5 million turnover business.

“We did actually appoint another cashier but she didn’t last long. We needed a high skill set and no candidates fitted the bill exactly because most had only performed part of the work, such as purchase ledger or client ledger, not the full range of duties. We didn’t want the same process to repeat itself by recruiting another ill-suited cashier in the post so instead we spoke to our account manager, Clare Tuck, who incidentally was the same person to first set us up on Quill 20 years previously. Quill’s staff loyalty speaks volumes. Clare explained the workings and costs of Pinpoint, and we went live early 2016.”

Another driver for change was the fact that Brain Chase Coles was still using an old software version. At the same time as moving to outsourced cashiering support, the practice migrated to the newer, more secure cloud software platform, Interactive, and seized the opportunity to introduce further efficiencies by utilising outsourced payroll assistance too.

“Quill was actively encouraging its software clients to upgrade to the latest release,” adds Nick. “So we were effectively able to kill two birds with one stone by changing seamlessly across to Interactive with Pinpoint and Payroll as bolt-on extras. Implementation worked brilliantly. Lots of features were familiar but we still had training on what’s new in the system. Data transfer was automatic. We completely trust Quill. We’ve worked well together for two decades and we’re so pleased to continue our partnership.”

Commenting specifically on the benefits of Pinpoint, Nick remarks: “We’ve got 100% assurance of regulatory compliance and we’ve developed a close friendship with the Pinpoint cashier to sort out any queries”.

Describing the Payroll outsourcing service which the practice also subscribes to, Nick says: “We have 30 employees on our payroll. In the old days, our cashier sorted everyone’s salaries. Outsourcing was our salvation because our staff still got paid even when we had no in-house cashier for a short period. Using the service means we don’t need to be clued up in employment legislation and submission deadlines.”