Bott is hot: The Lawyer names Wilmslow solicitor in their “Hot 100” 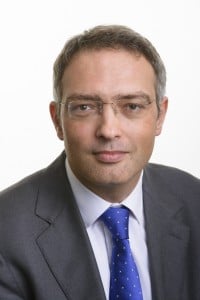 The Lawyer magazine has named David Bott, senior partner at Bott & Co Solicitors in Wilmslow, in their ‘Hot 100 – 2015’.

David was recognised as a “Hot 100” leader for his work at the personal injury and flight delay specialist law firm Bott & Co during 2014.  The prestigious list, published each year, is drawn up after months of research by The Lawyer’s editorial team into candidates’ client work and contribution to their firms, companies and the legal profession as a whole.

The Lawyer said: “As Lord Justice Jackson’s civil litigation costs reforms took hold, personal injury firms across the UK felt the bite. Manchester-based Bott & Co was no exception but instead of bemoaning the cuts, senior partner David Bott led a complete reinvention of his practice.”

In response to the reforms, Bott decided to expand into the flight compensation market, investing heavily in IT systems to offer an efficient and profitable service despite very tight margins.  As a result of the investments, a small team of lawyers are now handling more than 20,000 flight delay claims, and have recently announced their 10,000th win for delayed passengers.

In just under two years David’s flight delay team has become the UK leader in flight delay compensation and has recovered over £4million for consumers from airlines.

The Lawyer said: “…his willingness to look at new areas of law and make the necessary investments – including stakes in two of its suppliers – means Bott & Co is now set up for a bright future.”

Lord Jackson’s reforms have led to many personal injury law firms falling by the wayside in recent years but Bott & Co’s ever expanding personal injury department has gone from strength to strength.

The personal injury department now represents more than 6,000 people each year, and has recovered over £250million in claims for victims who have been injured in road traffic accidents, accidents at work, holiday sickness and beauty therapy negligence.

David founded Bott & Co, alongside Paul Hinchliffe and Gary Froggatt in 2001.  The trio shared a vision they remain committed to today, namely to provide an unrivalled service to individual clients.

David Bott said: “To be included on the list is recognition of all the hard work put in by our staff and the hard decisions made by the directors. It is a great honour to be on the list and all at Bott and Co are rightfully proud of the accolade.”

A high profile figure in the industry, David Bott was elected to the Executive Committee of APIL (Association of Personal Injury Lawyers) in April 2006 and is a previous APIL Past President. He has been extensively involved in the Ministry of Justice (MOJ) streamline process and was the APIL representative on the Project Steering Group and the Model Office Workshop.  David is APIL Representative on the Board of “Portal Co” and on the Calibration Tool for Damages set up by Law Justice Jackson.