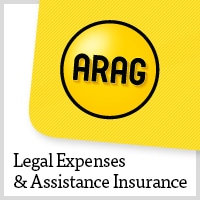 “ARAG welcomes today’s judgment in the McMenemy and Reynolds cases, as it brings a little further clarity to the continuing debate over how ordinary people can fund litigation, in the absence of legal aid.

We are particularly pleased with the court’s reassertion that ‘block rating’ is a valid, tried and tested mechanism for setting ATE premiums. Specifically, the use of block-rated ATE policies taken out at the time of entering into a CFA was disputed and ultimately accepted 15 years ago in Callery v Gray and has now been reaffirmed in McMenemy & Reynolds.

Importantly, the court recognised that the introduction of QOCS has not changed the unsuccessful claimant’s position in respect of their own disbursements. Even a successful claimant will have had a real incentive to insure against the risk of an adverse costs order which could significantly reduce the damages awarded as compensation.

These cases represent mere skirmishes in a much longer and wider struggle to defend access to justice for those who could not otherwise afford to bring legal action, but we are optimistic that a broader clarity and understanding is closer to being reached.

While the Legal Aid, Sentencing and Punishment of Offenders Act in 2012 and the Access to Justice Act more than a decade earlier both aimed to reduce the financial burden of Legal Aid on the national purse, neither was intended to inhibit those with a reasonable action in law from having access to a legal remedy.

Previous governments have recognised that the recoverability of after the event insurance premiums is an essential component if access to justice is to be preserved for certain claim types. This is particularly important in clinical negligence cases, which can be expensive to resolve and often involve some of the most vulnerable people in our society.”