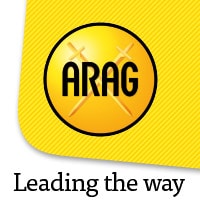 ARAG plc, the UK legal protection and assistance specialist, has announced 12% growth in premium under management for 2015, its ninth full year of trading.

In what have been turbulent times for the legal expenses insurance sector, ARAG UK’s Gross Written Premium (GWP) under management increased from £39.6m in 2014 to £44.3m in 2015, generating a pre-tax profit of £2.7 million.

“2015 was another highly successful year for the company”, comments Managing Director Tony Buss, “especially given the contraction of the after-the-event insurance market that has continued since the introduction of the Legal Aid, Sentencing and Punishment of Offenders Act in 2013.”

“I am particularly pleased with the continued growth that our commercial legal protection and home emergency products have achieved, as well as a strong 18% increase in ATE policies, particularly for motor, employers and public liability risks.”

“The challenging market conditions look set to continue, with greater regulation, further legislation and the recent Insurance Premium Tax increase all playing their part, but ARAG’s positive and highly proactive approach to market challenges puts the company in a highly competitive position.