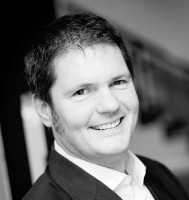 It is with great difficulty that we announce the very sad news of our colleague and friend Peter Sowerby passing away yesterday.

As many of you will know, Peter had been courageously battling a terminal diagnosis of prostate cancer for some time. When Peter received the news back in December 2015, he decided to grab life with both hands and embarked on a series of challenges to raise money and awareness for prostate cancer. Last year he completed the London Marathon, a 29-hour cycle ride from London to Paris, and a 2.5 mile swim in Madeira. Remarkable for the fittest among us, much more so for Peter undergoing rounds of radiotherapy and pain medication. Peter’s tremendous efforts raised more than £30k for the research and support of those suffering with prostate cancer.

Peter took a difficult situation and used it to positively raise awareness by speaking at several industry events. Never one to be a wallflower or crumble in the face of adversity, his tenacity has made 1,000’s of men aware of the importance of being checked. In fact, a number of men have actually received an early diagnosis as a direct result of Peter’s advice to get checked.

We know that Peter would want us to highlight the two things he was passionate about: Awareness (find out why men should have a PSA check) and Fundraise for Prostate Cancer UK. Donations and condolences can be given at Peter’s Just Giving page.

Here at Search Acumen, we are taking comfort in the happy memories we have shared with Peter. A tour-de-force of enthusiasm; he was most happy when he was at work. We are honoured to have had him as a founding member of the team, we will never forget him.