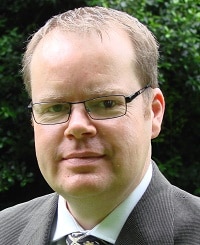 Whale: have your say

Recently I spoke at a conference on the proposed consultation and introduction of fixed recoverable costs in clinical negligence claims. The purpose was to address the ‘elephant in the room’, being the potential impact of a planned secondary consultation relating to the further reform of arrangements for ATE insurance premiums.

At present, part of a client’s ATE insurance premium is still recoverable from the losing party in clinical negligence claims where it relates to the risk associated with the cost of the liability and causation reports necessary during the investigation into the merits of a claim.

So what exactly is the Ministry of Justice (MoJ) planning and what impact could its proposed changes to the ATE recovery rules have on solicitors and clinical negligence claimants alike?

Back in August 2015 I met with Robert Wright (head of civil litigation and costs) and members of his team at the MoJ to discuss their proposals for premium recovery. At that time there were four options tabled:

Introduce a notice period, i.e. no insurance can be obtained until both parties have had a chance to settle.

Given the primary risk in clinical negligence claims is during the investigation period, not being able to seek ATE insurance cover until after the reports necessary to determine the merits of a case have been obtained, puts the solicitor and the claimant at a considerable disbursement costs risk.

Restrict recoverability of the ATE premium to claims valued above the Department of Health (DoH) fixed costs limit.

ATE insurance premiums not recoverable if no expert evidence has been obtained.

In fairness to the MoJ, we would actually be quite happy with this outcome given it is the basis of our premium model currently, i.e. if no reports are required or obtained then no premium is charged to the defendant.

And the one I believe they are seriously contemplating and the most likely to be introduced:

At this juncture I was going to state that nothing further has been forthcoming from Robert or the MoJ. However, recently I have had a response to a follow-up e-mail and they have confirmed:

So why do I believe ATE insurance premium recovery will be removed completely?

Firstly we have experience of the MoJ ignoring advice from stakeholders and pressing on regardless, as was seen during the run-up to and implementation of the original Jackson reforms and LASPO in 2013. It is also no secret Lord Justice Jackson is a big fan of damages-based agreements, which are still viewed as the means to soften the blow of success fees and ATE premiums no longer being recoverable from the losing party.

Further, Richard Miller (head of legal aid) of the Law Society is reported to be investigating the viability of setting up a contingency legal aid fund (CLAF) which again is a firm favourite of our friend Jackson LJ. Mr Miller has been quoted as saying: “The CLAF is an idea that has been knocking around for 20 years, but we need to look at whether the issues that stopped it getting off the ground initially can now be overcome.”

What is one of the primary issues Mr Miller is referring to? Well, the following is a direct quote from a discussion paper on the merits of a CLAF produced by the Bar Council back in 2009:

So let’s work on the assumption I am right and the MoJ does do away with ATE insurance premium recovery. What actual impact will this have?

Take away premium recovery and you kill off a large chunk of access to justice. We have already seen many commercial claims being abandoned since premium recovery was removed in that area of litigation due to the value of the claim being disproportionate to the cost of the ATE insurance and the client not wishing to pursue a claim without protection.

When the Jackson reforms were implemented in April 2013, ATE premiums did come down, but this was as a direct result of the introduction of qualified one-way costs shifting, which naturally lessened some of the costs risks associated with clinical negligence claims.

This was almost a sideshow given the largest risk faced by ATE providers remained, that being the costs risks associated with claims for expert reports. Taking away premium recovery now will not bring premiums down. Why? Because the costs risks remain exactly as they are and all the MoJ will achieve is to transfer the full premium liability to the claimant.

“The premiums are too high already, so surely you can bring them down given the profit you must be making?” This is a line heard often but the truth is it is too early to say if ATE providers are making a profit. Being only three years into the post-LASPO world is not enough time to have the full picture. Not enough cases have worked their way through the system in this short period of time and as such our claims history currently shows a high proportion of abandoned/failed claims versus a relatively low volume of cases where the case has settled and the ATE insurance premium received.

This is only to be expected, given that the majority of cases are insured prior to expert reports being obtained and high volume of cases being abandoned during the investigation period. Only time and a considerable increase in the number of successfully concluded cases will enable us to identify if we have priced the book of business correctly, but if you were to look at the loss ratios now, you could be forgiven for assuming we are making a loss.

If we have no idea of the true impact of the 2013 reforms, given all the data available to us, how can the DoH and MoJ be in any position to state there has been no decrease in costs to the NHS and that further reforms are required? Maybe I am being naïve in thinking the best course of action would be for all parties to reassess once sufficient claims have passed through the system.

The true savings impact from the LASPO reforms will not be realised until we are into 2017, given the average settlement time for clinical negligence cases is three years plus. Simply put, it’s too early to say to what extent the NHSLA has enjoyed costs savings.

We are also seeing more demand, post LAPSO, for elements of cover which were never factored into the original pricing model. No account was ever made for instances where claims are presented for pagination costs far exceeding the actual spend on the expert reports they relate to.

In addition, more and more requests are coming in for the fees associated with external costs draftsmen to be covered as a disbursement in a failed case. Now is not the time to argue the findings in Crane v Canons Leisure [2007] EWCA Civ 1352 as to whether they are a solicitor’s profit cost, but more to reiterate the fact they were never deemed part of the cover required.

These additional requests for cover all increase claims costs, increase loss ratios and have a detrimental effect on both an individual solicitor firm’s and our overall clinical negligence book of business.

Taken as a whole, this all leads to one overarching reality: if firms want ATE insurance premiums to come down if recovery is removed, then there needs to be a decrease in the number of claims on the policy and/or fewer costs associated with those policy claims. I’m afraid it is a stark reality and a view all ATE providers would admit to if they were being honest.

So where does this leave us?

Simply put, we can’t afford to wait for the consultations to take place before we try and work out where we go from here, especially if the latest rumours – that the consultations won’t start until the EU referendum is concluded – are to be believed.

Despite not knowing the detail relating to the introduction of fixed costs, we need to be taking action now to re-model cover and premiums ensuring we are ready to deliver new ATE insurance product options should my assumptions be correct and implemented by 1 October 2016.

In order for us to do this, we have been and will continue to ask clinical negligence specialists for their assistance in formulating our plans to shape the future of ATE insurance and maintain access to justice for all claimants, regardless of the quantum value in question.

Over the past few weeks, we have been running a survey to help us understand how the proposed DoH/MoJ reforms will affect how solicitors will run clinical negligence cases, their attitude towards risk and ATE insurance, together with what cover is seen as crucial, regardless of premium price, in the fixed costs world.

We have been tempting solicitors with three product options which we have asked them to consider and provide feedback on in terms of suitability, looking at both the cover provided and indicative client premium costs.

The results of this survey are now in and I would like to take this opportunity to thank those who took the time to complete it and provide us with their valuable feedback.

The results of this survey are now being used to fine-tune the product options and we will be looking to re-engage stakeholders and gain further feedback on the ‘tweaked’ versions to ensure they meet the requirements.

During this whole period, we will be seeking to meet with individual firms to gain an understanding of their ATE requirements and determine if specific pricing can be considered and modelled based on their post-LASPO experience with clinical negligence cases.

Do have your say

The potential implementation of fixed recoverable costs is now at the forefront of everyone’s mind and until we know the quantum value affected and the new rules, the market is going to be full of uncertainty.

I would urge you not to lose sight of the fact ATE insurance plays a major part in whether clinical negligence claims are viable. Is it fair a fatal claim can’t proceed because removing ATE premium recovery makes the overall costs disproportionate to the claim value? Perversely if your plane or train is delayed, the government is quite happy for you to claim compensation but seemingly not for the death of a family member due to NHS negligence.

The MoJ is not talking or listening to the ATE providers but they might just listen to you. I would urge you to put pressure on them by completing the consultation and getting your thoughts across on what impact removing ATE premium recovery could have on victims of clinical negligence. It will have a huge impact on us all if they take it away.

We are actively engaging with solicitors to develop market-leading products whatever the outcome of the above. If you have any thoughts or concerns over the future of ATE insurance, we would love for you to get in touch. Please visit our website or call 0370 241 1345.