Allwyn Sanger boomerangs back to Quill 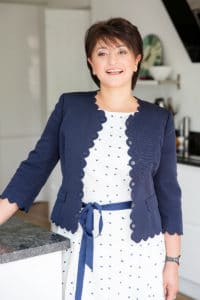 Ash Sanger is no stranger to Quill’s software. Having used an early version of Quill’s Interactive system for practice management and legal accounting when working for a previous employer in 2004, she understood the power of the various integrated tools within the software.

When Ash left to join another firm, her appreciation of Quill deepened further still. As a stark contrast to Interactive, her new employer’s antiquated, paper-heavy processes actually became the key motivation for her to set up as a sole practitioner. Thus Allwyn Sanger Solicitors was formed in 2006. When choosing software from which to run her new practice, Ash turned immediately to Quill.

“My prior experience with Quill, both its software and people, was resoundingly positive,” comments Ash. “In fact, you could say that it’s my earlier knowledge of Quill that gave me the entrepreneurial drive to branch out alone. When it came to software for my own business, of course it had to be Quill!”

12 years on, still using Interactive, despite never having had any complaints, Ash began to wonder if some of Quill’s younger competitors may have more to offer in terms of technology advancements. Her speculation resulted in a software swap out which failed for a multitude of reasons and migration back to Quill, all within a 6-month probation period.

“As human beings, we’re conditioned to ponder if the grass is greener elsewhere,” continues Ash. “It’s part of our natural curiosity. I thought perhaps newer entrants to the legal software market may have bigger ideas and better solutions. The salespeople at the alternative supplier led us to believe this was the case. Unfortunately, the promises made during the sales pitch proved to be false. The replacement system was mis-sold, caused us no end of problems and didn’t last long. Thankfully Quill helped us pick up the pieces and converted us back to Interactive with Pinpoint outsourced cashiering support.”

During the time Ash was using the competitive system, she and her secretary faced a series of negative encounters with the software and support services.

“There was such an overwhelming volume of mishaps, it’s hard to know where to start,” states Ash. “First, there’s the contract. We were assured we’d signed for 12 months but the very small print turned out to be 3-year terms. Migration was free but the contract didn’t state we’d be charged £5k if we subsequently changed our minds. We were told the accounts module was fully integrated but it was a separate, standalone system with another independent company and training on its functionality wasn’t part of the financial package we’d apparently agreed upon.

“Second, there’s the software itself. We had VAT issues due to rounding up of units of time logged and VAT being applied to each individual item; the scanning facility was unusable because of missing or strike-through text appearing in scanned documents; printing didn’t work properly as the system wanted an American setting; email transfer of draft documents only allowed for PDFs which meant they became un-editable by the recipient; the legal forms were out of date and didn’t auto-populate; plus a whole catalogue of other complaints that I won’t go into here.

“Third, there are the people. For technical support, I’d get offered a different resolution to the same query via phone and online chat. Job titles seemed to change fairly frequently too so I was passed around with no one seemingly willing to take responsibility to help me out. At one point, I was instructed to simply get used to the system myself and stop asking questions. They were untrustworthy and rude which is the antithesis of what you need in these situations.”

When Ash realised her judgement error, she contacted Quill and made arrangements to re-implement Interactive with additional back-up in the form of Quill’s Pinpoint outsourced legal accounts service.

“After a few months using different software, switching back to Quill again became imperative”, concludes Ash. “With Interactive 4, Quill has proved it is not complacent with R&D. We’ve got a system that works with efficiency and control of documents, matters and accounts via the cloud so everything’s instantly accessible, even from the courtroom.

“Quill’s biggest stand-out trait is its staff. Everyone is courteous, responsive and helpful. In particular that includes the receptionist, our designated cashier, client liaison personnel, salespeople and MD.  Employees are loyal to Quill and Quill is loyal to its clients. The relationships are there. It’s an absolute pleasure to work again with people we trust and who genuinely care about us. We have learnt this is one of the most valuable aspects of our own successful, profit-making firm. Quill’s longevity and stability are reassuring as well. Quill’s celebrating its 40th birthday this year and, after all this time, it’s still a privately owned company with a stable future. This brings great peace of mind from a business partnership perspective.

“To practices who find themselves in our shoes, I’d urge caution. Before making any rash decisions that you may later regret, speak to lots of people, not just the alluring salespeople but other staff members you’ll eventually come into contact with and, more importantly, clients. Ideally, speak to firms who’ve left and returned, like ourselves, to understand the full picture. We’re living proof that the grass isn’t always greener!”