625,000 properties at risk of falling into the sea 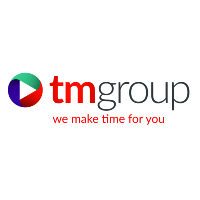 Is your client planning to buy one? Do you know what the implications are for insurability or what really happens if their cliff-top garden collapses onto the promenade below? This and more was discussed in a tm:tv session on Coastal Hazards, as part of the Climate Change and the Property Market series; hosted by Martin Manning, Head of Account Management at tmgroup, and joined by Tom Backhouse, Geologist and CEO of Terrafirma, and Sean Reeves, Associate Solicitor and Head of Residential Conveyancing at Letchers Solicitors.

The damage and costs associated with coastal hazards are extreme

Coastal hazard risks are largely overlooked by many parties across the property transaction, and there is currently no guidance in place to support solicitors in best practice, partly as they simply don’t affect as many properties as higher profile environmental risks such as flood and contaminated land. For example, there’s roughly 2 million properties affected by flood, compared to 625,000 deemed at risk of damage (or collapse) by coastal erosion over the next 80 years.

Yet, whilst the number of affected properties are fewer, the risks are far greater, as there’s no escaping coastal erosion, as Tom Backhouse commented: “Many properties across the UK are at risk of flooding, yet there are measures that can be (and often are) put in place to significantly reduce the risk. Despite the best efforts of coastal defences and shoreline management plans, homes are still at risk from the inevitable march of rising sea levels, landslip and erosion. The other key difference is that there is also financial support available to support those living in high flood risk areas (for example, Flood Re). Whilst there are projects underway to help reduce the effects of coastal erosion, nothing is currently in place to financially support homeowners, leaving people with huge personal risk should the worst happen.” It’s not just about the properties currently sitting on a cliff edge either, but also about those getting increasingly closer to the sea as erosion continues.

The sheer level damage isn’t the only concern as, with no clear guidance on liability, the results for homeowners can be catastrophic, as Sean Reeves commented: “I had a client in Eastbourne who suffered part of their garden falling off a cliff edge and onto the beach huts below. This immediately raised questions of who was liable and what financial support was available – particularly as they hadn’t even been aware the cliff was unstable. Unfortunately, many home insurance policies don’t cover coastal erosion and the situation culminated in my client being deemed personally liable for the damage to the promenade and beach huts below – and then received a further bill for £58,000 for work to try and stabilise the cliff edge again.”

Despite these events making the headlines, and some coastal towns experiencing daily events of gardens disappearing into the sea, there just isn’t the support in the industry on these matters, and it is currently down to the best judgement of the solicitor managing the case, and even then any insight often falls on deaf ears, as Sean Reeves commented: “As much as I err on the side of caution on coastal erosion matters, I find that often homebuyers aren’t too interested as they have already fallen in love with the property and want to proceed regardless, and even when reporting to the lender, they simply aren’t set up to make use of this information, and often it passes back to me with a response such as “If you are happy to submit a clear certificate title, then please proceed”, and that’s the point I typically then push back to get a surveyor involved for a professional opinion for my own peace of mind.”

Why do things need to change? Coastal erosion is not a new risk, but it is becoming a more predominant issue with the current rate of climate change. For example, recent research from Terrafirma has shown that since 1900 around 3,000 properties were totally lost to the sea, however as climate change accelerates, in next 25 years, a further 6,000 properties are predicted to be lost.

Change is afoot in the insurance community, as whilst they aren’t currently set up to underwrite properties affected by coastal hazards, there are already projects underway to help give homebuyers additional protection and support as the risk increases – similar to what we’ve seen with Flood Re in recent years.

Lenders are also becoming increasingly aware of this too, as Tom Backhouse commented; “Coastal hazards have the potential to impact on value, insurability and future sale, so it comes as no real surprise that lenders are now being forced to look at their portfolios to understand risk of climate change, and this is going to prompt a sea change in how lenders view these properties, and cause some real problems for buyers and sellers, as well as their acting conveyancers, in the years ahead.“

Are you working with properties by the sea? Do you want to find out more? Take a look at the full tm:tv session on ‘Coastal Hazards: Is there still a market by the sea?” here.