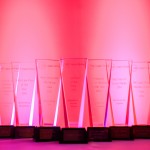 Some of the UK’s most progressive law firms have been recognised at this year’s 360 Legal Group Awards 2014 which took place on Thursday 2and Friday 3 October.

The winners were announced at a Gala Dinner sponsored by Converge TS and Syscap during their 8th Annual Conference at Chesford Grange in Warwickshire.

360 Legal Group work with law firms across the country to make their practices more successful businesses. The theme of this year’s conference was “Going for Growth”. All of this year’s winners had clearly demonstrated ways in which they had embraced changes in the legal world as well as changes in technology to enable their businesses to grow from strength to strength.

The winners were announced as follows:

LAW FIRM OF THE YEAR, sponsored by Burcher Jennings

This specialist claimant personal injury practice has adapted really successfully to the changes to the PI sector and has embraced the opportunities afforded by ABS status. A significant part of their success has involved a major investment in sophisticated software in the management information and case management areas most of it developed in-house.

In February this year they moved into new more spacious offices and over the first 6 months of the year their income has risen by 35% and claimant damages obtained have more than doubled.

In a significant community initiative they have supported the Apprentice Scheme by recruiting 5 young local people into the business in the last 2 years, two of whom have joined the firm in permanent positions.

LOCAL LAW FIRM OF THE YEAR, sponsored by SearchFlow

This award recognises the part a firm plays in its local community. Our winner shows how this can be done and not solely through providing legal advice and support to its local clients.

This firm has embraced the rich industrial and artistic cultural heritage of its locality by hosting a number of art exhibitions in its reception area and a bi-annual competition for local artists. These are also used as a platform to support local charities.

MANAGING PARTNER OF THE YEAR, sponsored by Lloyds Bank

This individual award recognises the important contribution which a leader has made to the success or development of his or her firm.

Our winner, who this year celebrates his 20th year at his firm, had forsaken his career as a successful personal injury lawyer to become his firm’s full-time managing partner. Under his stewardship the firm’s turnover has risen from £12.6 million in 2008 to £17.7 million in 2013/2014 while profits have increased by 86% over that same period.

The last couple of years have seen substantial office expansion both in the firm’s Lancashire heartland and in its London presence and staff numbers have increased from 380 to 460 in the last year.

NICHE FIRM OR SPECIALIST TEAM OF THE YEAR, sponsored by Moneypenny

This award recognises an expertise and profile in a particular industry, sector or legal discipline.

Our winner has developed a strong reputation in the South of England for assisting sufferers of asbestos related diseases. Its Industrial Diseases Team has developed a leading specialist expertise in mesothelioma work. They support a prominent asbestos disease charity and one of their partners donates his time pro bono to a national study into malignant mesothelioma. They also actively support and promote the June Hancock Mesothelioma Research Fund which has raised over £1.1million since 1997.

This award recognises a firm which does more than pay lip-service to providing a good service to its clients by demonstrating how it puts the client at the forefront of its strategy and its thinking.

Our winner is a fast growing regional firm within the UK’s top 200 with 18 partners and a total staff of 268. In a major initiative implemented in the last 12 months they have put in place a dedicated Client Services Team for each of their 21 practice areas, something very few of their peer group will have achieved.

BEST USE OF TECHNOLOGY AWARD, sponsored by Quiss

This award goes to a firm which has used technology in a really innovative way to raise its profile and grow its business.

For those of you who remember the law relating to cheques or bills of exchange you may recall the old story of the man who, perfectly legally, wrote and delivered his cheque on the side of a cow. Things have moved on a bit since then.

Our winner is a boutique ABS formed last year which, following extensive discussion with and approval from the Law Society and the SRA, has become the first law firm in the UK to accept bitcoins as a valid means of payment by its clients. This is achieved through the creation of a virtual “wallet” into which clients pay the agreed of amount of bitcoins for the work undertaken.

The virtual currency market is growing apace and this firm has got in at the start and is using this novel concept, allied to the power of the Internet, to grow an impressive business.

The goal of our winner back in 2008 was to harness the power of the Internet in an imaginative way to provide, pound for pound to use a boxing term, the best law firm Conveyancing website and to use the social media as a distinctive marketing strategy.

The firm’s principal, Paul Hajek, was the first solicitor to blog on Conveyancing back in 2008 and now appears on Radio 4 and BBC1 as the Conveyancing “go-to person”. This small firm has up to 8,000 online visitors a month, a feat normally only matched by firms with 20 partners or more.

Their latest initiative designed to demystify Conveyancing for the lay client is their online jargon buster “What’s the Name of that Legal Thingy?”, which is a must view for any solicitor stuck in the world of legalese.

BEST USE OF SOCIAL MEDIA, sponsored by Legalex

Our winner has a truly national presence in the field, no pun intended, of agricultural law. Their Twitter profile has over 9,500 followers and has cost the firm nothing to set up. Marketing professionals equate the coverage gained to a six figure marketing spend.

Their tweets, often re-tweeted, cover all aspects of agricultural law as well as some of the more bizarre farming or animal related stories. ” Bin bag full of cats’ heads found close to Manchester’s Curry Mile” and “Cornish cow slurry fetishist jailed” being but two examples.

The Country Landowners Association, the Countryside Alliance and Farmers Weekly are only three of the organisations which regularly re-tweet their tweets which gives them real market credibility across the UK.

The winner of this final award is chosen internally by the management team at 360 Legal Group.

It has met the challenge of the recent legislative changes as they have affected its family and crime legal aid practice and its PI work by diversifying into the fields of public law and education and areas of PI work which remain outside the portal.

With the assistance of Welsh Assembly funding they have this year launched Gateway2Law, an online platform offering plain English guidance and 24/7 access to an ecommerce portal.

They have increased their turnover by 30% this year and a significant client win was the appointment as legal partner for the Community Trade Union for South Wales and the South West.

Within their wider community of South Wales they actively support a range of local charities, have been involved in moots at the University of Wales, careers days at local schools and sponsorship of a number of local sporting teams.

For details of this year’s conference and to find out more about 360 Legal Group, please visit: www.360legalgroup.co.uk.