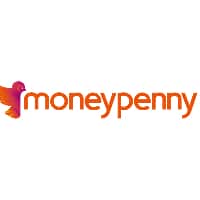 [1]Reviewing its legal call data for the first quarter of 2015, telephone answering specialist Moneypenny [2] has reported a 20% rise in calls handled for law firms in comparison with the same time last year.

More than half a million calls were answered by Moneypenny’s legal receptionists on behalf of firms of all shapes and sizes, either on an overflow or fully outsourced basis between January 1 and March 31; the quarter which also saw Moneypenny launch into the legal market in the USA.

The latest legal call data analysis shows that March has been the busiest month, although Monday 5 January (dubbed ‘Divorce Day’) – the first working day after the extended Christmas break – has been the single busiest day of the year so far.

Monday has been highlighted on average as the day of the week law firms most need call handling support – almost 8% up on the next busiest, Tuesday, with the `golden’ busiest hours between 10am and 12 midday.

The figures also show that Moneypenny receptionists, based in Auckland, New Zealand, have been answering more overnight calls (during their daytime) for the legal sector over the past quarter, with 24% of legal clients now requiring 24/7 support, as compared to 17% in Q1 2014. Of the calls taken for firms outside of regular working hours, 72% were between 6pm and 9pm, 14% between 9pm and midnight, 4% between midnight and 4am and 10% between 4am and 8am.

During the solar eclipse of 20 March call volumes dropped by 9% as the UK took advantage of the opportunity to view the rare spectacle.

Moneypenny’s legal commercial Manager, Bernadette Bennett, who works closely with firms said: “We have had a very busy start to 2015 with legal calls showing no sign of slowing down. Our client numbers are on the rise as more and more law firms switch on to the benefits of engaging with a telephone answering partner.

“This is encouraging news, especially when we look at Professor Ian Cooper’s latest `mystery shop’ findings which show that too many firms still have a long way to go when it comes to successful telephone handling.